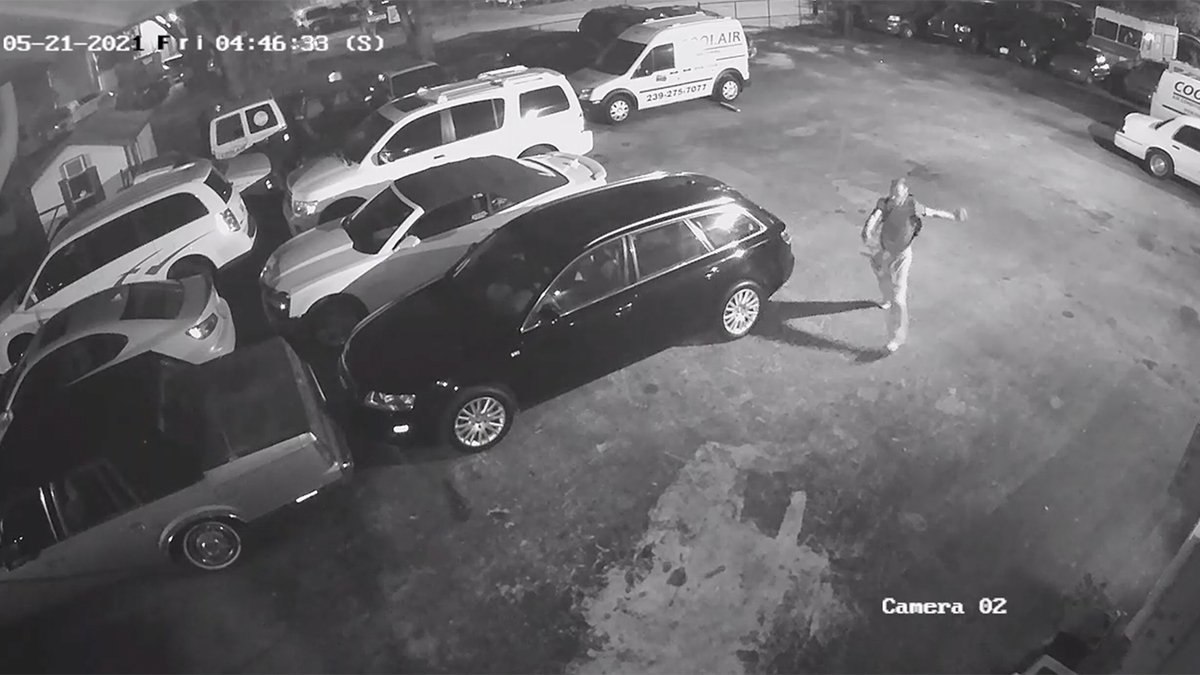 FORT MYERS, Fla. – Police said nine car dealerships and repair shops were targeted between May 1 and June 1 in the western borough of Fort Myers city. More than 20 vehicles were broken into and two cars were stolen.

Several stores along Fowler Street and Cleveland Avenue have reported stolen cars and break-ins, such as RNS Automotive, which was hit on May 21st. “

Police said they believe the rowing suspect was responsible for a number of break-ins along Fowler Street and further described him as white, tall, and lean.

The last recorded break-ins occurred on June 1 at Auto Air & Electric in Lee County. According to the FMPD, the perpetrator hit seven cars with one shot.

FMPD released a map on Thursday showing where each crime has happened in the past month.

The police received leads but were unable to identify the suspect[s] still.

FMPD spokeswoman Kristin Capuzzi said she hoped these crimes will remind citizens and business owners to lock up their vehicles and valuables.

Anyone with information is encouraged to contact the FMPD or SWFL Crime Stoppers at 1-800-780-8477.