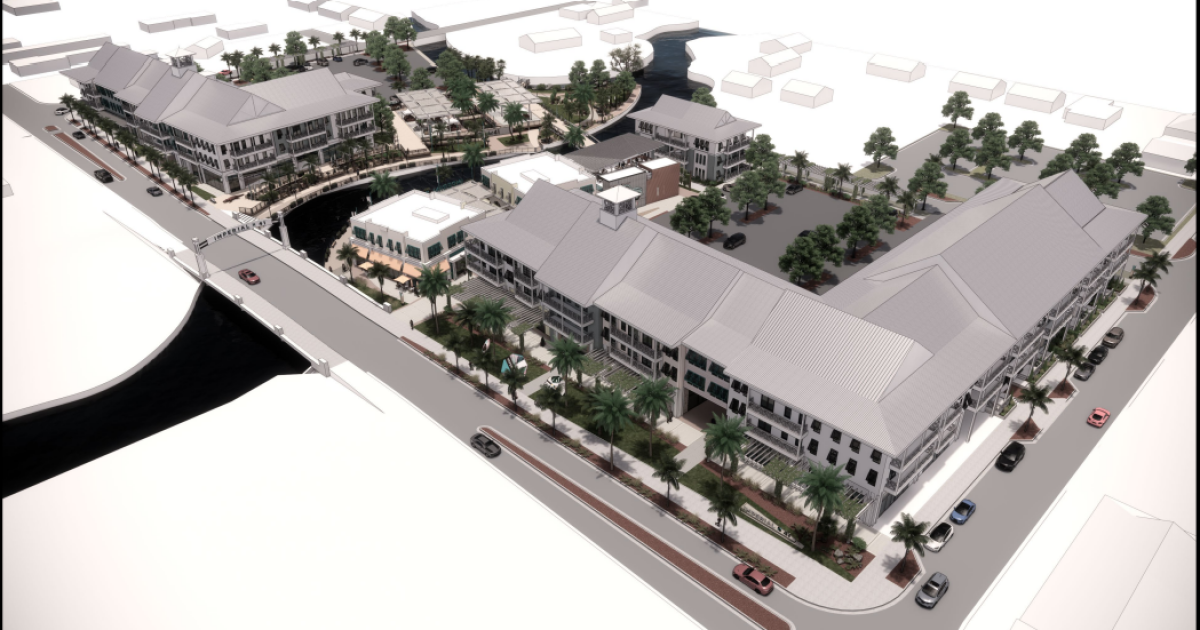 A public meeting was held by Bonita Springs last week in order to talk about the Imperial Crossing project. This is the site of former mobile park homes Bamboo Village.

Barron Collier Companies has been the developer of the six-acre parcel that has belonged to the city for the past 18 years. Many residents and business owners have been trying to figure out the best way to develop this vacant land after it was abandoned for over 20 years.

“I’m concerned by the fact that they’re not trying to integrate the existing structure,” said Leroux. “I’ve been trying to explain to them that Downtown Bonita exists already. It has to be complimented, not imposed.”

Trish Leonard, president of Bonita Springs Downtown Alliance believes this kind of development would be a huge benefit to the community.

“We need a younger generation down here, we need a more walkable area,” said Leonard. “Having residential and commercial is a win-win. If you go to any town, like Fort Myers or Naples, they have walkable areas. I don’t want to wait another 20 years – it’s been 18 already.”

Nick Casalanguida displays the site plan conceptual for Imperial Crossing to the public. This meeting is the first of two planned public meetings. The second will be held in spring at the construction site.

Developer was told by the city that it must provide waterfront access and open green spaces. It also needs to include public space for community events like live music or markets. Also, the city stated that it cannot be primarily residential.

Participants were invited to complete a Menti Survey with 12 questions. This included satisfaction level on the original design concept and preference for active or passive recreation activities.

“I think the feedback we received was outstanding,”Nick Casalanguida was Senior Vice President, Development for Barron Collier Companies. “The voting through the Menti program was neat. People got to express their opinions without having to yell it out and have someone else shut them down.”

Barron Collier’s team was able to validate their ideas based on the feedback from the public.

“I think the gravitation towards green and less concrete is something we understood, and we thought that’s what we’d get, but tonight kind of reaffirmed that,”Casalanguida. “They want to see more green and open space.”

Local residents like Leroux are not convinced that what’s being planned will be fitting for the downtown area.

“People love the charm and personalities of the business here,” said Leroux. “They are showing us something that doesn’t belong. I’d like to see something like Key West, something with a lot of different structures and just having something totally different and much more personable and interesting. This is boring.”

Bonita Springs City Council members want to see that space is used in the community.

“They can’t build this soon enough; I’d be over there digging right now if they needed me to,”Mike Gibson (City Councilor), whose district includes the area south of the ex-mobile park home, said: “I want to get people back on the property.”

A second public meeting on the project is scheduled for spring. It will take place at the site of the current development.

Democracy Watch is a news agency that students at Florida Gulf Coast University have created. The reporter can be reached at [email protected]

Estero, Bonita Springs to determine who will pay for Coconut Road improvements