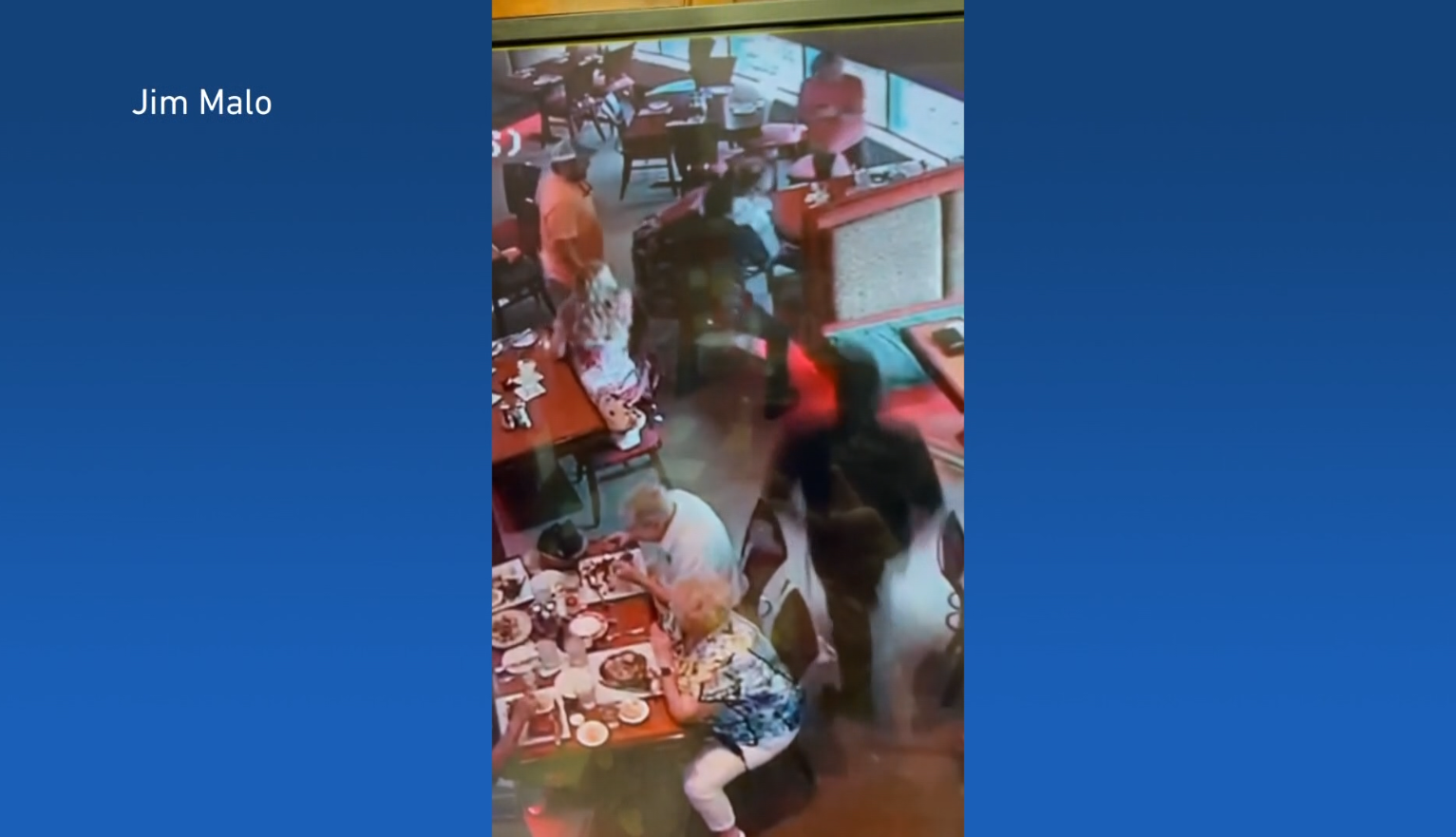 A bartender in a restaurant in northern Naples came in when he heard someone scream that a woman was choking.

“I just heard someone scream, ‘She’s choking.’ Then I heard she wasn’t breathing, ”said Vince Hemingway.

The Watermark Grille bartender then sprinted from his bar to a booth to find an elderly woman who needed help.

“You could tell she wasn’t breathing,” said Hemingway.

Jim Malo, owner of the Watermark Grille, saw Hemingway running across the bar. “He could have been a marathon runner.”

Hemingway knew immediately that he had to perform the Heimlich maneuver to save the woman.

A video recorded the encounter and you can see that he tried while she was still in the cabin. Unfortunately he couldn’t.

“Her sternum was pushed down towards her hips and her leg was on the alcove so I couldn’t get under it.”

“He’s been shaking for the last 20 seconds, he didn’t think he could get it out of her,” said Malo.

The bartender’s solution was to pull the woman out of the booth. When she was out it only took one compression to save the woman’s life.

“Not knowing if I would make it or not, and then it was a great relief that she could breathe,” said Hemingway.

Malo said this made Hemingway his hero, but Hemingway doesn’t describe himself that way.

“It is human nature to help. We are all heroes; anyone could do the same. “

He was just glad that he could help.

Malo said the woman had an operation on her neck two months ago that narrowed her neck a little.

Hemingway said this was the fourth time he had had to perform the Heimlich Maneuver on someone, and all of them were successful.