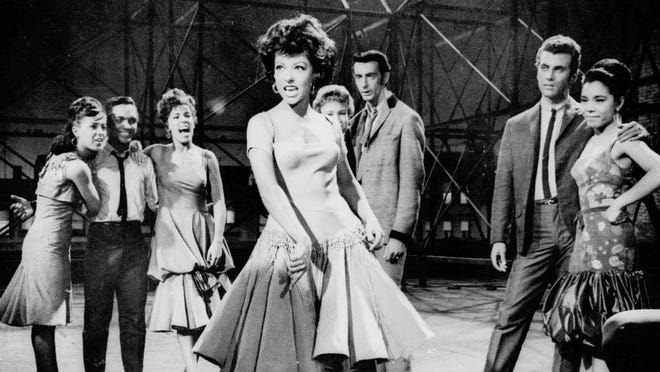 After a tough year of pandemic, the curtain is rising on a new theater season in southwest Florida.

Theater lovers can look forward to a lot, including the hair metal musical “Rock of Ages” and the first local production of “In the Heights” (Broadway Palm); the parody “Sunset Boulevard” “Sunset Schmoulevard” and the cheeky puppets from “Avenue Q” (Lab Theater); and the Mel Brooks comedy “Young Frankenstein” and the go-gos musical “Head Over Heels” (New Phoenix).

Other Lee County theaters are expected to announce their seasons later this year, including the Alliance for the Arts in Fort Myers, the Cultural Park Theater in Cape Coral, and the Players Circle Theater in North Fort Myers.

“One Night on Broadway” (September 9 to October 2, 2021): This brand new musical revue features songs from Broadway favorites “42nd Street”, “Phantom of the Opera”, “Wicked” and more.

“Social Security” (September 23 to November 6, 2021 in Off Broadway Palm, the smaller black box room of the theater): A comedy about family responsibilities, care for the elderly, and romance. The focus of the story is a wealthy married couple who earn their living as an art dealer in the big city. Their idyllic life is turned upside down when they suddenly become carers for the woman’s resolute elderly mother.

“The Sound of Music” (October 7th – November 20th, 2021): At the height of the pandemic, Broadway Palm had to cancel production of the popular musical last summer. Now the Rodgers & Hammerstein show returns to tell the story of the von Trapp family singing.

“No Claus for Alarm” (November 11th – December 25th, 2021 in the Off Broadway Palm): In this British Christmas farce, two lawyers accidentally set the head of the Russian mafia as a client. Soon they are trying to stop their girlfriends, a bossy lawyer, and an unsuspecting receptionist from finding out.

“Singin ‘In the Rain” (December 31, 2021 – February 12, 2022): The stage musical based on the classic 1952 film starring Gene Kelly, Donald O’Connor and Debbie Reynolds. The light-hearted romantic comedy is set in Hollywood in the 1920s, when three stars are embroiled in the rise of “talkies” – films with dialogues and other sound recordings.

“Over the River and Through the Woods” (January 13 to March 5, 2022 in Off Broadway Palm): Joe DiPietro’s comedy shows what happens when a single Italian has to tell his grandparents that he is moving far away.

Show to be announced (February 18 to April 2, 2022): Broadway Palm will announce this show later.

“In the Heights” (April 8 – May 14, 2022):Lin-Manuel Miranda’s Tony Award-winning Best Musical follows the mostly Latin American residents of a neighborhood in Washington Heights. It’s packed with the sounds of hip hop, salsa, merengue and more. The musical became a new movie that will be in theaters this month and streamed on HBO Max. This is the first local production of the stage musical in Southwest Florida.

“Sunset Schmoulevard” (June 11th – July 3rd, 2021): Norma Desmond returns in this parody of the classic film “Sunset Boulevard”. The world premiere comedy was adapted and staged by the artistic director Annette Trossbach. It’s done in the same Campy style as previous Lab theater hits, Baby Jane: A Parody of the Horror and Hush Up Sweet Charlotte. The show features adult language and raunchy humor. Sunset Schmoulevard and the July show Failure are part of Lab’s recently announced summer season rather than the full 2021-22 season.

“Failure: A Love Story” (July 29 – August 8, 2021): The musical fable follows the three Fail sisters – all of whom will be dead within a year and expire in reverse order from youngest to oldest. A first in southwest Florida.

“The color purple” (September 3 to October 2, 2021): Musical based on Alice Walker’s Pulitzer Prize-winning novel about an African American woman’s journey to independence in the early 20th century. The novel was later adapted into a 1985 film starring Oprah Winfrey. Mature topics. A first in southwest Florida.

24-hour script project (October 9, 2021): The annual 24-hour playwriting project is getting a new twist. Instead of writing short plays, the creative teams will make 10-minute films. The scriptwriters are assigned a subject, a director, a videographer and actors. Then they have to create a short film in just 24 hours and present it to a live audience and a jury.

“White rabbit, red rabbit” (October 14-23, 2021): The celebrated theater experiment by the Iranian writer Nassim Soleimanpour begins in an unusual way: no rehearsal, no director and a different actor every evening. The script is in a sealed envelope and the actor doesn’t even read it until he takes the stage. The Lab Theater’s rotating cast includes a mix of local actors and celebrities, including Eric Raddatz of the Fort Myers Film Festival, columnist Stephanie Davis and former news press journalist Melanie Payne. A first in southwest Florida.

“The Storm” (November 5-20, 2021): Shakespeare’s classic story of magic, betrayal, jealousy, an exiled wizard and a shipwreck on a remote island.

“Killer Joe “(January 14th to February 5th, 2022): In this dark 1993 comedy, a dysfunctional Texas family hires a hit man to kill the matriarch for her insurance money. Written by Tracy Letts, author of August: Osage County. A first in southwest Florida.

“Avenue Q” (February 25 to March 27, 2022): Dolls misbehave but definitely not safe for kids in this Sesame Street-inspired, Tony Award-winning hit musical. A first in southwest Florida.

“Dangerous Connections” (April 15 to May 7, 2022): The 1985 play later became the successful 1988 film Dangerous Liaisons, starring Glenn Close, John Malkovich and Michelle Pfeiffer. Set among aristocrats before the French Revolution, the wicked romantic drama involves seduction, morals, manipulation, and the use of sex as a game and weapon.

“I hate Hamlet” (November 4-21, 2021): In this play, a popular television actor argues over whether to play the dream role of Hamlet. The big problem: he hates the piece.

“Pageant: The Musical” (February 10-27, 2022): Six contestants compete for the title of “Miss Glamouresse” in this musical comedy described as “‘Miss America’ meets ‘Kinky Boots'”. Jurors selected from among the audience can determine the winner.

“The fairy tale of the allergist’s wife” (March 10-27, 2022): Charles Busch’s 2000 comedy about a middle-aged doctor from the Upper West Side and her midlife crisis of epic proportions. Then a mysterious childhood friend comes along and shakes things up.

“Head over head: A new musical” (April 7th to May 1st, 2022): A jukebox musical full of hits by 80s rock icons The Go-Gos, including “We Got the Beat”, “Our Lips Are Sealed”, “Vacation” and singer Belinda Carlisle’s own “Heaven is a Place on Earth” and ” Mad. “. About you. ”The story follows the antics of a royal family on a journey to save their kingdom.