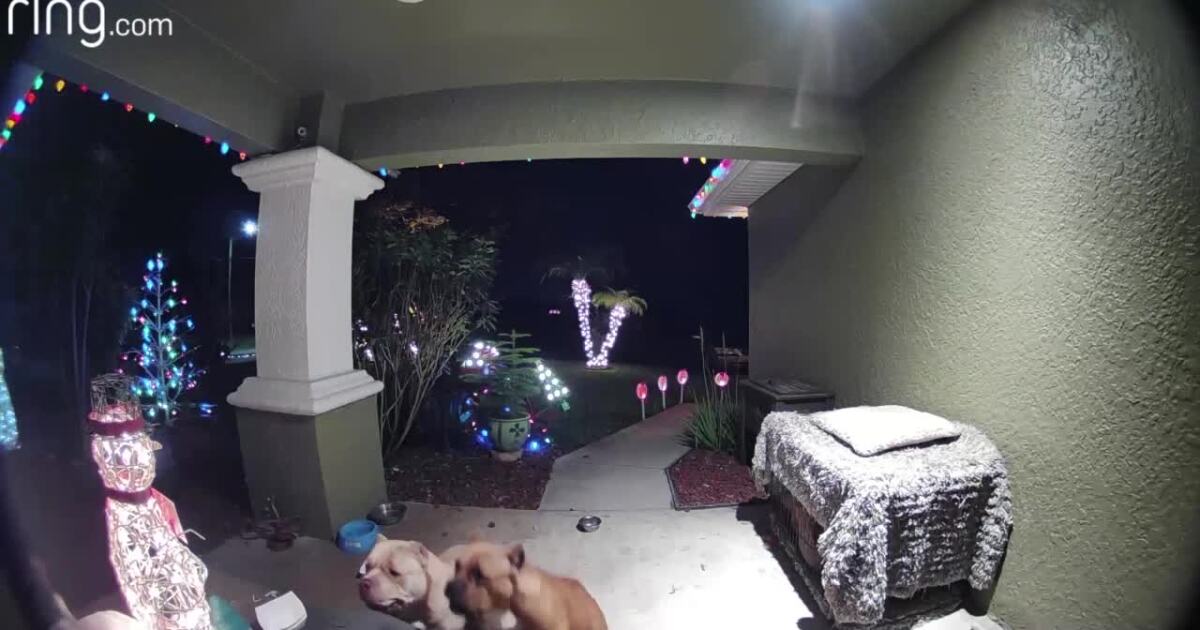 LEHIGH ACRES — A man in LeHigh Acres tells us two of his cats were violently killed by stray Pit Bulls.

“I seen those Pit Bulls attacking that kitty like that, it drove me nuts,” said Sorenson.

Sorenson claimed that he chased away the dogs before going to check on his cat.

“Came back and I seen, I seen him breathing still, and so I had to put him down because it was too bad,” said Sorenson.

Sorenson phoned the Lee County Sheriff’s Office but believes that the dogs remain on the loose at the moment. He has several cats living on his property and he’s concerned about their safety.

Dogs attacked his car to steal his car a few weeks back after killing another of his cats.

However, we spoke to Stacie, his neighbor who volunteers at an animal shelter. She said she’s worried about the dogs as well.

Mohon said, “This sets the whole fight against the Pit Bull image back.”

Mohon stated that if dogs were caught and taken into custody, it might be possible to save them.

“30 second videos of a dog attack does not show the dog’s temperament, it shows their prey drive. If the dog has a strong prey drive, it doesn’t mean it needs to be put down or that it’s dangerous, it means it needs to be focus-trained,” said Mohon.

Sorenson has several cats that he still loves, but he feels the need to let them go.

“You can’t rehabilitate them. If they smell blood, then they are bloody. They should ban them from Lee County. I’m sorry outlaw them,” said Sorenson.

Sorenson tells us the Lee County Sheriff’s Office has been out to his property three times at this point for issues with dogs, but he said Lee County Domestic Animal Services still have not paid him a visit.

He’s hoping to hear that the loose dogs are captured soon.