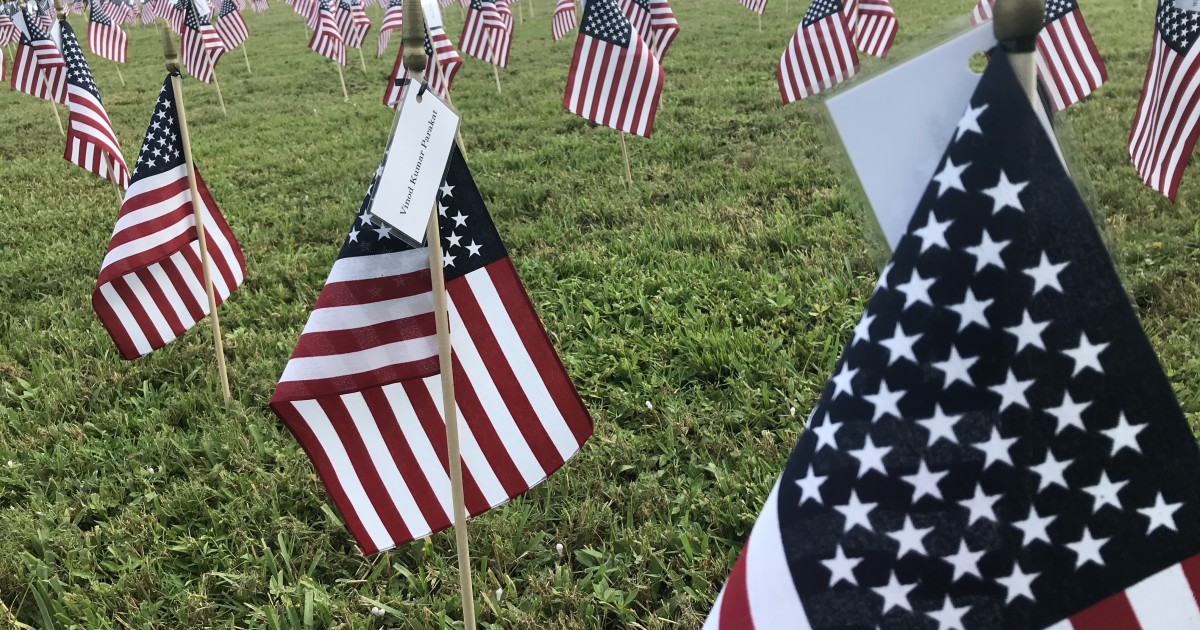 The ceremony was attended by the Cape Coral Fire Department, City of Cape Coral, and Cape Coral Police Department. It took place on the City Hall Council’s front lawn.

The ceremony featured the presentation of colors by police and fire honor guards, as well as a moment to silence. The ceremony also featured remarks and invocations by Mayor John Gunter and Police Chief Tony Sizemore, as well as Fire Chief Ryan Lamb.

Participants had the chance to stake 2,977 American flags. To honor their memory, each flag was engraved with the names of victims of the attacks.