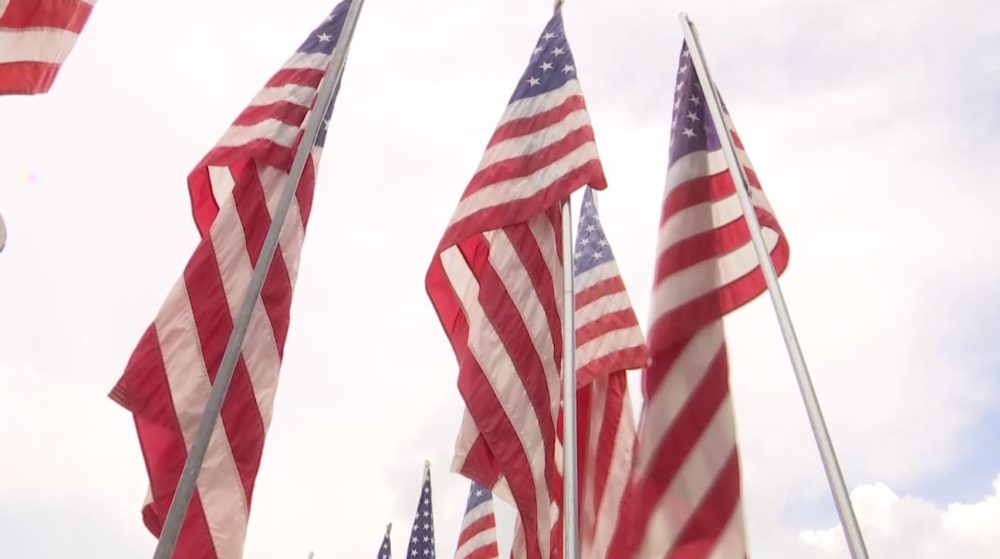 Due to COVID-19, a 9/11 Remembrance Ceremony has been postponed in Charlotte County. An internal surge warning prompted the cancellation. Organizers were worried about an outbreak of the virus during the event.

Shannon Mesenburg was like many others, riveted to her television screen on 9/11. Her eyes were fixed on the World Trade Center North Tower. She worked on the 91st Floor.

“I just sat there for hours because I can’t imagine sitting on the floor at our desk and seeing a plane coming at you,” said Mesenburg.

Twenty-five years later, Charlotte County groups planned to meet to remember the lives of those who died in New York City, the Pentagon, and that field in Pennsylvania.

Charlotte County announced that it must postpone Saturday’s remembrance ceremony that was set to be held at William R. Gaines Jr. Veterans Memorial Park. The reason, according to the county is the recent rise of COVID-19 cases.

A county spokesperson says they didn’t want to risk exposing law enforcement officers and first responders who were slated to speak at and attend the event to the virus.

Officials claim that this is the best way to prevent the number of patients from increasing in overcrowded hospitals.

However, there are still some other events taking place in Charlotte County. Michael Schwartz serves as the vice commander for American Legion Post 110. “Lives were lost. Lives were gone. Just all of a sudden,” Schwartz said.

“We remember all these things that for the people that had passed, and we have members here, who were there at 9/11,” Schwartz said.

“We have to keep their memories alive, that their lives mattered, and not just to their families, but to this country,” said Mesenburg.

The Charlotte County Government stated that it will reschedule when the number of cases is lower and it is safe to do so.

These are the other events taking place in Charlotte County this weekend to honor the 9/11 victims: