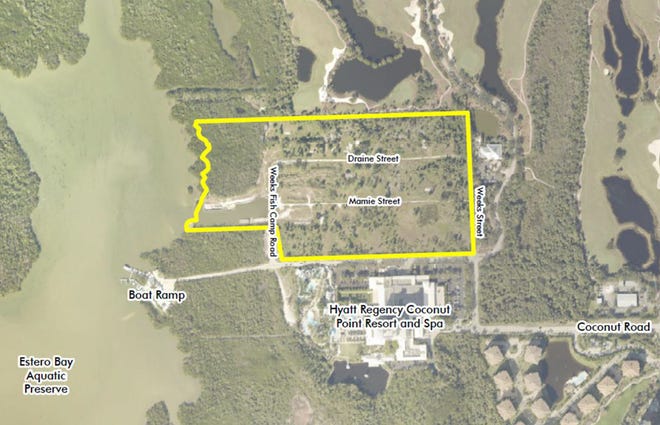 Many residents were frustrated by the small changes made to their 300-unit luxury community. They came to Bonita Springs City Council Wednesday night to complain about traffic congestion on Coconut Road.

Bayview on Estero Bay, which will house up to 300 residential or hotel units at the end of Coconut Road, was approved in 2019.

The developer London Bay Homes wanted to add a 7,500-square-foot restaurant, add some signs and increase the height of one of its buildings. The council approved the changes.

Residents opposed the changes came in large numbers, via email or in person. The project was not inherently bad. Instead they pointed to traffic, including Pelican Landing resident Sheila Phillips.

“Traffic on Coconut Road will be horrendous,”Sie said.

Coconut Road is the main road between Bonita Springs, Estero and Bonita Springs. It’s a two-lane street that leads to the development. The road is also connected to several communities.

The problem isn’t simply construction — it’s politics. The road is owned by Lee County and Estero. Bayview and its estimated $10.4million impact fees are located in Bonita Springs.

“What we do with those fees is not a collaborative decision because impact fees are not project specific,”Jesse Purdon, Bonita Springs Councilor said it via social media. “If Estero wants an interlocal agreement to address the road, that’s fine, then follow the process and make a proposal, which they have not.”

Estero Village Council met Wednesday morning and stated that the development would strain Coconut Road. The village will have to spend $2.6million or more on road improvements. This includes the construction of three roundabouts. Village staff claim that there’s not enough space for the road expansion to make it four lanes.

“It’s clear, from an ethical or even a professional approach, that (Bonita Springs) would consider these impacts as part of their cost, and they’re getting a substantial amount of impact fees, taxes and so forth from their projects, but to date, they’ve not stepped up and indicated a willingness to participate,” City Manager Steve Sarkozy said Wednesday morning.

Later that day, officials from Bonita Springs met with Estero staff. John Dulmer (community development director) stated that the potential problem was discussed by both governments at the Bonita Springs City Council meeting at 5:30 p.m.

“We will be coordinating with both (Estero and Lee County) to move this forward,”Dulmer claimed.

Estero needs a specific project in its capital improvement plan before Bonita Springs can get involved to fund the project, Dulmer said, and that hasn’t happened, at least not yet.

Joanne Ribble, Estero Councilor asked for the help of other councilors in advancing construction plans.

“The issue here is timing,”Ribble stated. “I would like council to consider whether we need to jockey some other issues around and move this up sooner in our (capital improvement plan).”

Bonita Springs City Council will ultimately decide whether they are willing to contribute funds for Coconut Road improvement projects. At the Wednesday night meeting, city councilors didn’t directly say whether they would help pay or not. However, residents and Roy Hyman (general manager of Pelican Landing) agreed that a deal must be reached.

“While you do not own the road, you own the responsibility for the health, safety and welfare of Bonita Springs residents, both current and future,” Hyman said.

Thaddeus MAST is a South Lee County reporter at the Naples Daily News, and The Banner. Support his work by subscribing to our local news organization. You can find him at @thaddeusmast.