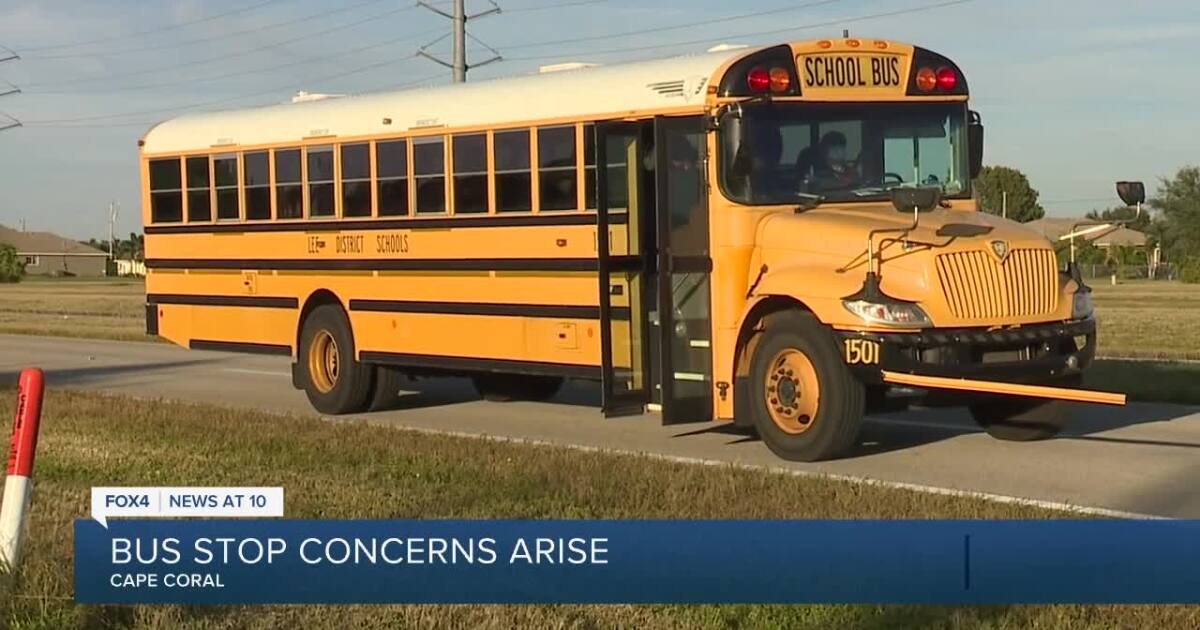 CAPE CORAL — A father is in a fight with the Lee County School District to make his kids’ bus stop safer.

Richard Bock told us that he would like the stop to be moved from a busy road onto a street in his neighborhood. However, this week his request was turned down.

We were there Friday afternoon as the bus dropped of Bock’s children on the side of El Dorado Blvd. It’s a busy street with four lanes of cars and a speed limit of 45 miles per hour.

But just one street over there’s a bench and a picnic table. That’s where Bock said the kids should be getting dropped off.

Bock stated, “There’s less traffic. There is a bench.

Bock submitted a detailed drawing to the District, illustrating the change he’s requesting.

But after two rounds of review, this week the School District told him it wasn’t moving the stop.

When I inquired why they refused it, they replied that that was because this conforms to state guidelines. Bock said that was all.

We reached out the School District and they confirmed that a Transportation Committee had not decided to move the stop.

However, the District has provided us with guidelines for acceptable bus stops. The stop at El Dorado Blvd. was included in this checklist. A sidewalk is the only thing missing from this checklist. Also, the stop was not at 50 feet of an uncontrolled intersection. This is another item on the checklist.

Bryant takes the bus to and from the stop each day. She said she wants the stop moved as well, and she was surprised when her father’s request was denied.

“I was just angry about it because me and my brother’s safety and other kids’ safety is on the line here,” said Bryant.

Bock said he hopes the School District will reconsider, because he’s afraid of what could happen if they don’t.

Bock stated that when he tried to get the stop moving, a number of other parents were doing the exact same thing.

He said he’s worried there may be many more stops like the one in his neighborhood all across the District that may not be safe.

According to the School District, all stops comply with or exceed state safety regulations.