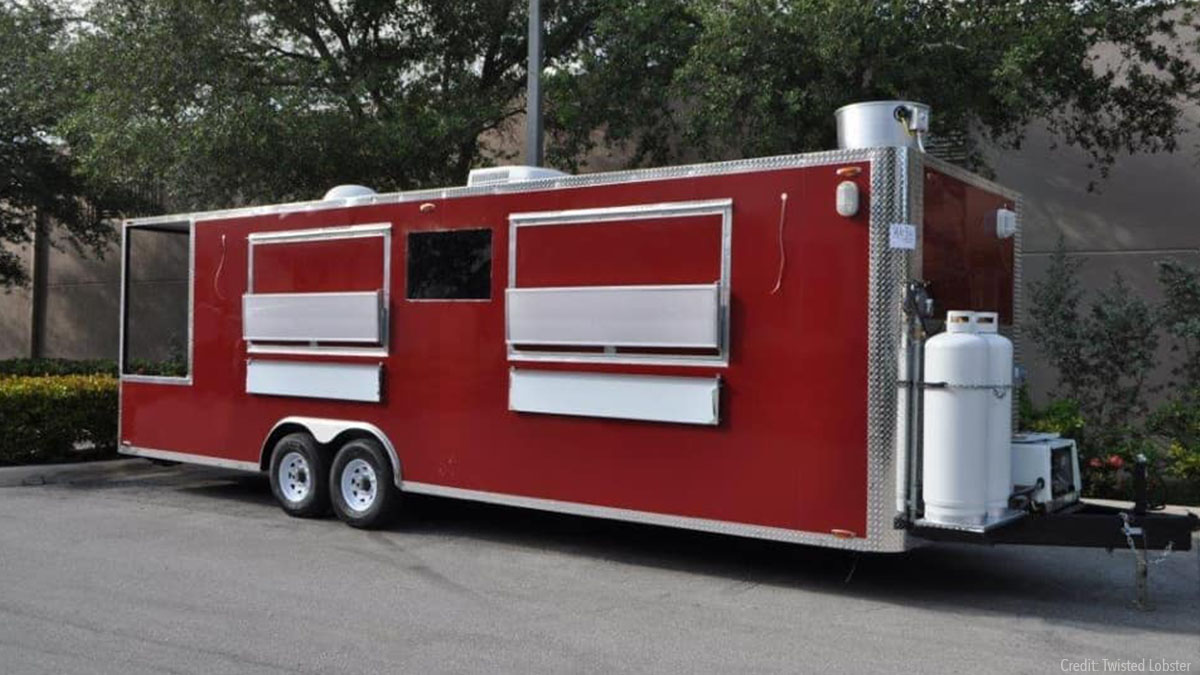 The owners of the Twisted Lobster in Cape Coral need the help of the community to find their stolen trailer. Michael Bean, a co-owner of Twisted Lobster, stated that her red trailer parked outside the restaurant on Del Prado Boulevard has disappeared.

A customer noticed that it was missing on Sunday. Bean stated the trailer was 31 feet long and red. On the side is the twisted lobster.
The trailer was used to cook food at events. It was used as signage on the front lot. This helped people realize that the Twisted Lobster is open during the pandemic.

The owners ask anyone who knows what might have happened to the trailer to report to the Cape Coral police.

The Twisted Lobster posted on Facebook on Tuesday December 8th that its red food truck was stolen around 3 a.m. on Sunday and taken away by a dark pickup.

The restaurant is located at 1341 Del Prado Boulevard South.