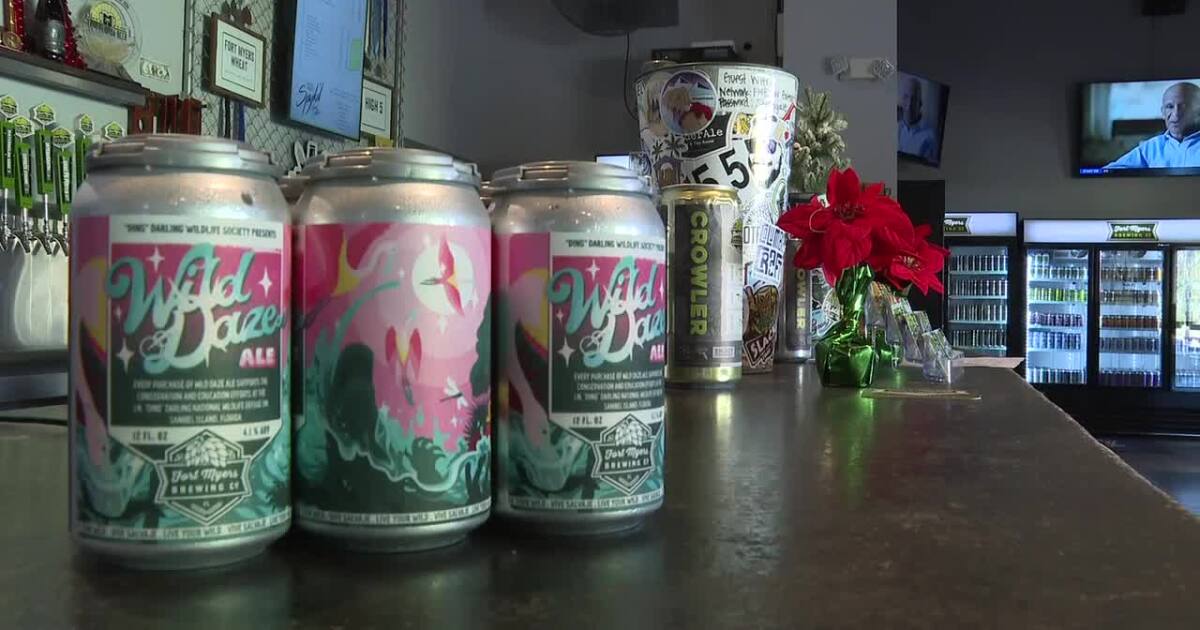 Conservation efforts on land are moving to a brewery and glass near you!

A portion of the proceeds made will be going back toward Ding Darling’s education efforts, helping school age kids get out to the refuge and learn about wildlife.

Fort Myers Brewing Company does not shy away from raising awareness about special causes. They are used to working together. They have partnered in the past for the refuge’s tarpon tournament. So when Ding Darling came knocking, they answered the call the only way they knew how… with beer!

It is a new ‘Wild Daze Ale’It was created by the brewmasters to aid Ding Darling’s mission of education about wildlife. It’s also to help benefit land conservation and research. Fort Myers Brewing says it was an easy decision to support that mission.

“Ding Darling was a natural fit because all of us here at the brewery- if we’re not at the brewery, we’re out enjoying the water, we’re out kayaking, on the boat, all sorts of things,” says Monica Dixon, Director of Marketing with Fort Myers Brewing Co. “To pick an organization that is really adamant about clean water and preserving the area around us just made sense.”

A big part of the refuge is conserving wildlife, but it’s also about educating audiences both young and old. Ding Darling’s staff say that this beer is part their mission to introduce wildlife refuge to new viewers and to establish it as a household name.

“We need to protect spaces like Ding Darling and, as April said, whether it’s their backyard or a park down the street,” said Birgie Miller, Executive Director with Ding Darling National Wildlife Refuge. “Discovering what this refuge is to wildlife and the people is just another way for the people to understand and appreciate the value of protecting all natural spaces that are not yet developed. We’re growing too quickly and need to keep these natural spaces natural.”

This ale can be described as a golden, light-bodied ale. You can find it at several locations throughout Southwest Florida. You’ll be able to find it at the following locations:

Bailey’s will also be hosting four tasting events starting tomorrow and Thursday from 2-6 p.m. There will also be information at the tasting table about the refuge, and Ding Darling Wildlife Society.

This exclusive blend will only be available for six months depending on the supply.