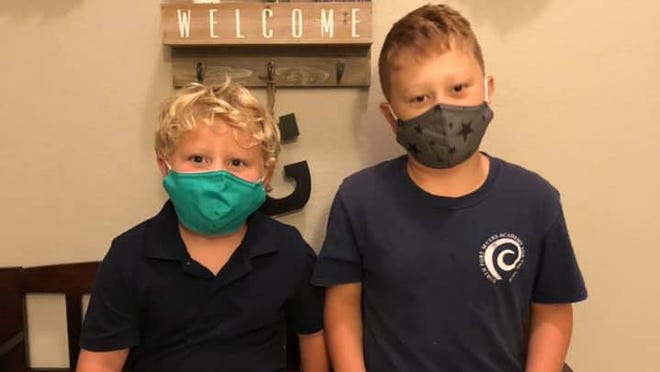 Less than two weeks before the start of a new school year, Fort Myers City Council members voted to pay school resource officers at public schools within the city limits and to double the service at high schools in the city.

Police Chief Derrick Diggs called on the council to allocate more than its contracted $ 1.1 million contribution to the SRO program by deploying more civil servants to high schools, as suggested by school officials.

The council voted Monday to have the city pay for the additional police at Fort Myers High School and Dunbar High School, the two traditional high schools in the city. At both grammar schools there will now be two officials on duty on school days instead of one.

Members also voted to approve a contract with the school board agreeing to pay about $ 1.2 million in the upcoming city budget for the SRO program, including the new officials at the two high schools.

A third high school, the Success Academy, has two resource officers already assigned. Success Academy is a Title I named school that reflects a school population with a high percentage of low-income families.

Both votes were 6-1, with Ward 5 councilor Fred Burson voting no on both questions.

“Personally, I think that the cost of providing the officers should be on the school board as it is their responsibility,” Burson said. “I think we need officers in there. You should take on some kind of responsibility. “

Mayor Kevin Anderson, a city police officer for 24 years, noted that he had been one of the first school resource officers on the city’s program in 1983 when he was with the police department.

“It’s a lot more than just security. A big part of it is building relationships, gathering information,” said Anderson. “I can’t tell you how many crimes were solved with information from students because they trusted the school’s resource officer.”

Fort Myers doesn’t pay the entire bill for the police in the schools. Following the murder of students at Marjorie Stoneman Douglas High School in Parkland, the state provided the school district with additional funding to cover part of the cost of hiring additional resource officers to the schools.

Diggs made it clear that he believes the work of the schools resource officers goes beyond security issues.

City manager Marty Lawing said the city will find funding to add the additional officials from the start of the new school year on August 10. The city’s new fiscal year doesn’t start before October 1st.

Finding that he was the first department head to put police officers in every school in town, Diggs said he was a “strong advocate” of the police system in schools.

“School resource officers get involved when they believe a young person is a danger to the school community; they even visit students’ homes and speak to parents and families, ”said Diggs. “Well-trained school resource officers can play an important role in creating a school community where young people thrive and are prepared for the challenges of the 21st century.”

The authorized police force strength is 256 officers, but the number of posts occupied varies due to termination or retirement and the time it takes to recruit and hire new officers who are required to undergo psychological and background research prior to commencing formal training.

Fort Myers’ contract with the school district requires SROs to have three years of law enforcement experience before being assigned to the district schools.

Council members also approved a motion from the Lee School Board to cover part of the cost of school resource officers across the city. The schools now have an officer at each of the 11 elementary schools, the Royal Palm Exceptional Center, Fort Myers and Paul Lawrence Dunbar Middle Schools, and Fort Myers and Dunbar High Schools.

In addition, the city police are providing two guards and a lieutenant to manage the program.