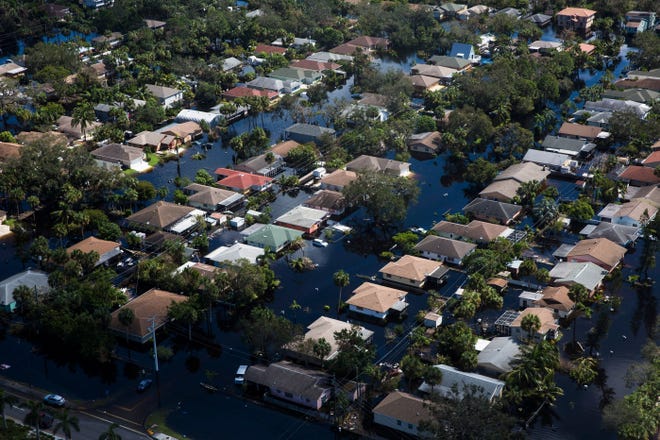 State Senator Kathleen Passidomo, R-Naples, representing Bonita Springs, said she spoke with the governor’s office about the cut. She said the veto decision was based on the source of the money, not the buyout program. The $ 300,000 would have come from the state’s general fund, and the governor’s office said the funding should come from disaster funds, Passidomo said.

“There is money (federal emergency management agency) available for (the buyout program),” she said. “I will work with the governor’s staff to find these dollars and make sure Bonita Springs has a chance to apply for them.”

Hurricane coverage:Lee County is preparing $ 18 million to deal with the Irma-related floods

The voluntary home purchase program will continue despite the lost funds. Bonita Springs received a $ 5 million grant from the Florida Department of Economic Opportunity in 2019. The $ 300,000 was an additional funding request that went through the legislature before vetoing it, Councilor Jesse Purdon said.

Passidomo said she was working with Bonita Springs staff and councilors to “make sure we get funding”.

“It is not lost,” she said. “The governor just felt that if we could get FEMA funding, we don’t have to use general fund funding.”

The new fiscal year doesn’t start until October 1, and Passidomo said she would work over the summer to find money for the buyout program.

The veto money joins about 150 other items that DeSantis has cut from the $ 100 billion budget.

The buyout is aimed at residents in flood-prone areas, particularly Quinn Street and Downs Drive.

The Imperial River spilled over its banks and into streets and houses twice in four weeks in 2017. After Hurricane Irma, the neighborhood was waist-high for more than a week.

According to the city council, more than 70 homeowners have applied for the buyout program. The city has not yet announced who will get the money. Priority was given to households with lower incomes inhabited by older people or young children.

Last week, Florida City Council hired Acquisition and Appraisal Inc. to evaluate the homes. The contract is based on services per household and has no fixed budget.