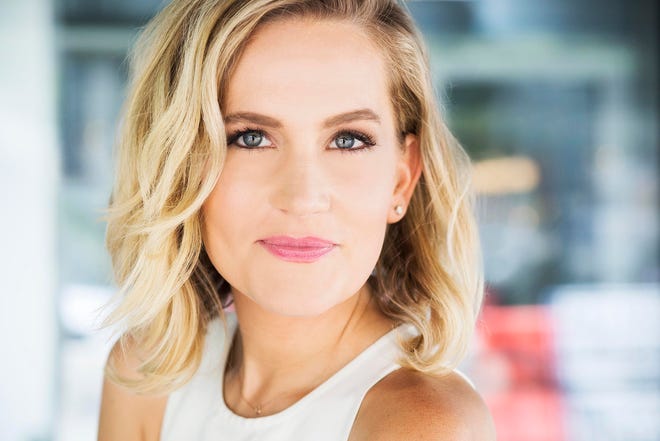 The pandemic has given us one option we have not a great deal of lately: intimate cabaret.

You can get a seat at the three evenings of the Gulfshore Playhouse Cabaret Series that opens Monday, November 9. You’ll have to resist the temptation to sing along with Laura Osnes from your own little corner if she decides to reprise “In My Own Little Corner” from her starring role in Rodgers and Hammerstein’s “Cinderella.”

Broadway favourites will rule this place. Wash that man right out of your hair along with Naples’ own Lora Lee Gayer, who has toured Europe bringing Rodgers and Hammerstein musicals like “South Pacific” to the continent.

This is a rare chance to see performers who are usually in New York or Chicago.  Gaye will be performing here on Nov. 23-24. Osnes, who frolicked through the Disney “Broadway Princess Party” and played gun moll Bonnie Parker in the musical version of “Bonnie and Clyde,” plays here Nov. 9 and 10.

Between those two is the versatile Kissy Simmons, who starred as Nala, the courageous lioness of “The Lion King” on Broadway. Simmons, who is here Nov. 16 and 17, has starred in different roles from The Narrator in “Joseph and the Amazing Technicolor Dreamcoat” and as a core vocalist in “Jacques Brel Is Alive and Living in Paris.”

The Cabaret Series will offer socially distanced audiences in the Norris Community Center three programs, two nights each, starring each of those leading ladies, for in-person attendance.

Even with the careful social distancing, Broadway fanatics will have a good chance at tickets because each star will be here two nights.

This series has a dual purpose

“We’re a cultural institution in this town and I feel it’s our duty to fulfill our mission for the flocks of people who are coming back and who already have come back,” said Kristen Coury, founding artistic director at Gulfshore Playhouse.

There is also the issue of money. Actors Equity already had the Playhouse in their sights. They decided, less than a week before the production was scheduled to start, not to allow actors to participate in the opening, one-person play “Higher.”

“Here, we have a show on stage, ready for us to go. We have audience members who are willing to come back. We have safety protocols in place. Coury stated that the union wouldn’t allow us to perform based on the rules they have created over the years, particularly the number of cases in the County.

Despite the investment, Coury said they may be better off that Milwaukee Repertory Theatre which was approved for a holiday production, but it was later pulled. Equity rules insist positive COVID cases in the market area must be no higher than five people per 1,000 to get its approval.

Coury stated that the current situation was “reprehensible” to him. “I can’t see how they can think this is OK.”

No pro theater:Most U.S. theaters stay dark because of Equity

Gulfshore Playhouse is known for its dramatic offerings — Arthur Miller, Henrik Ibsen, contemporary and emerging playwrights — spiked with the occasional comedy. It has produced three musicals in a period of 10 years.

But it followed its Equity colleague in Naples, TheatreZone, with a series of music-centered performances to keep a viable 2020-2021 season. (Equity does not have jurisdiction over cabaret performances.

Imagine yourself at the Algonquin Hotel, New York City. Coury explained that there is only one singer and a piano. “But it’s mostly their amazing voices, and their singing.

Gayer, who is a Neapolitan and a former Neapolitan, stated that she will be happy to perform back here in time for Thanksgiving. But she actually spent her summer in Naples after the coronavirus shut down “Emma,” a new musical based on the Jane Austen novel for which Gayer was the star in Chicago.

She said that her brother was going with her mother to see “Emma,” when the coronavirus mandate was issued.

She said that her brother and mother were “literally in the air” flying to Chicago at the time Broadway was shut down. Gayer couldn’t return to New York; she had been gone nearly four months and had sublet her apartment. New York was in a state of crisis due to the coronavirus.

She spent most of the summer in Naples before Manhattan started to open up. It wasn’t for musicals, as Equity rules dictate, but for film and TV opportunities. Gayer still struggles to make ends meet financially.

She also teaches vocal classes. After long watching her mother’s interior design career, Gayer also took on the staging of condos for Realtors to supplement her income.

“The first people to look at the condos I have staged were the ones who bought them,” Gayer smiled. But she is excited to be back on stage.

Gulfshore Playhouse is hoping to find a New Year’s resolution from Actors’ Equity to be more moderate in its rules. But it’s working hard to find Plan B.

“We are going to do a run of the reading of ‘Love Letters’ Jan 16-31. It’s live, and we’re allowed to do it because it’s a benefit,” she explained. The A.R. Gurney play is a popular choice. Gurney play, detailing decades of correspondence that moves from friendship into belated love, is a Southwest Florida audience favorite.

The theater is planning another three-week cabaret series February. 4-13, February 24 and March 21.

She said, “Then we took apart the musical Pin-Up Girls’ to create a Pin-Up Girls’ cabaret.” It’s a collection of World War II songs, ranging from “Someone to Watch Over Me” to the “All the Single Ladies” musical. They’re planning to stage the outdoor production at Cambier Park in central Naples.

She hopes Equity rules will be relaxed enough to allow them to produce “Higher” this season. Coury stated that if this doesn’t work, there will be another way.

“We are trying to pivot as much as we can.”

Harriet Howard Heithaus is a reporter for Naples Daily News/naplesnews.com. She covers entertainment and arts. Contact her at 239-213-6091.

Who: Three Broadway leading ladies talk about life onstage and offer their favorite songs with piano accompaniment in cabaret-style evenings

Something else: Social distancing and facemasks required

Hemyum Hemp Extract CBD Benefits: What it is, uses, benefits, and more