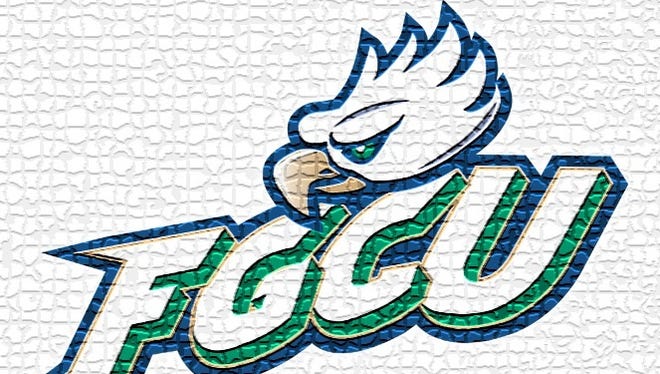 The FGCU women’s basketball team took a 10 point lead in the first quarter and won 89 to 64 at Jacksonville Saturday, its 17th consecutive win.

With five conference games remaining, the Eagles remain in first place in ASUN. This includes one with the Dolphins (3-13-110) Sunday at noon. North Florida (9-2), rallied to defeat Lipscomb and remains within striking distance of Liberty (10-2), who isn’t participating in a conference match this weekend.

FGCU’s 20-year winning streak on the road is the longest in America.

The Eagles’ sophomore Kierstan bell, who scored 36 points while grabbing 12 rebounds, was once again the star of the game. These 36 points only two shy of Davion Wingate’s single game school record.

FGCU is the nation’s leader in 3 pointers per game, with 12.4 points. They had nine of them, three from Bell, and a pair by senior Alyssa Britt.

The Eagles trailed 7-6 in the first quarter, but finished it with a 15-4 run, then went into a funk in the second quarter, scoring just two points in the first five minutes, but still maintained an eight-point lead.

Softball:The Huskies defeated the Eagles 4-1 on Friday at the FGCU softball complex thanks to a four-run fifth run by Northern Illinois.

Marissa Mesiemore was the pitcher who scored the lone run (1-4) for FGCU in the fourth. Her single to shortstop was followed by a run on a wild pitch. She then advanced to second base on an error from the catcher. Mesiemore was scored by Senior Maddy Johnson’s sacrifice pitch.

NIU (1-1) responded with four runs, two hits and two errors. In the seventh inning, the Eagles managed a couple more hits but could not break through.

“Marissa deserved better than that, especially in the fifth inning,” FGCU coach David Deiros. We need to improve in every aspect.

Women’s tennis: After two losses in the opening round of the season, the Eagles won their first victory, defeating Liberty 5-2 at the FGCU tennis Complex.

“Today the team fought for each other,” FGCU coach Courtney Vernon said. “They cheered, and it was all about them. Although we still have much to do, today was an encouraging step. We are grateful to all our donors and fans who attended today’s event. Without them, this would not have been possible. We are grateful to them for their contribution.”

FGCU battled back after losing Court No. 2, in doubles to win the second two. On Court No. 3, the team of Lourdes Ramalle and Alba Retortillo won 6-3, and Maja Ornberg and Emma Bardet won 7-5 to grab the doubles point.

Ornberg was victorious at No. 1, to make the Eagles ahead 2-0. However, the Flames prevailed at Nos. To tie the match, 3 and 4. FGCU regained the No. Ida Ferding won three sets to win six singles. Bardet won three straight sets to win the match. 2; Retortillo at No. 6. Also in three sets.