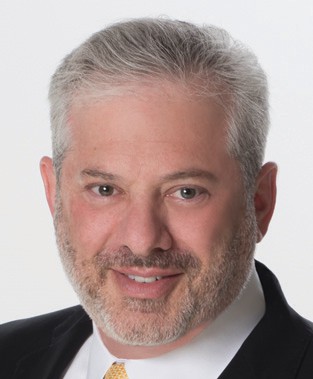 Jason Hunter Korn, an attorney with Dentons Cohen Grigsby, was recognized with the Naples Metropolitan Area Chairman’s Award 2021 for his continued support for the Chamber’s mission. Chamber Chairman Garrett Richter presented the award to Mr. Korn at the Chamber’s annual meeting on May 21 at The Ritz-Carlton, Naples.

The Chairman’s Award is an opportunity for the Chairman of the Chamber’s Board of Directors to recognize an individual who has helped the organization accomplish its mission of creating economic opportunity for all. The award honors someone who goes beyond measure in the service of both the Chamber and the community as a whole. The winner will be selected by the Chairman of the Board of Directors of the Greater Naples Chamber in consultation with the President and CEO.

Mr. Korn has been a member of the Chamber’s Board of Directors since 2009 and chairman of the nomination committee since 2016. In this role, Mr. Korn is responsible for overseeing the process of nominating new board members. He was also a member of the Public Policy Committee, the Education Committee, and the Chamber’s Investor Relations and Development Task Force.

Bonita Springs begins talks about downtown development in the city

In addition to his work at the Greater Naples Chamber, Mr. Korn is involved in a variety of other local organizations, including serving on the board of directors of the Gulfshore Playhouse. He previously served on the boards of the United Way of Collier County, the Southwest Florida Economic Development Alliance, and Florida SouthWestern State College, then Edison State College.

Mr. Korn received his bachelor’s degree from the University of Michigan and his law degree from Boston University School of Law. He is the past Chairman of the Judiciary Nominations Committee of the Twentieth Judicial District, past president of the Trial Lawyers Section of the Collier County Bar Association, and past president of the American Inns of Court, Collier County. He is currently a member of the Florida Bar’s Professional Ethics Committee.

The annual meeting of the Chamber celebrates the organization’s achievements with a variety of recognitions and honors. That year, more than 200 members of the Southwest Florida business community attended the reception and program that celebrated the Chamber’s work in making Collier County the best place in America to live, work and play.

‘Watts for Dinner’: A seafood soiree on Marek’s Marco Island

Bonita Springs begins talks about downtown development in the city