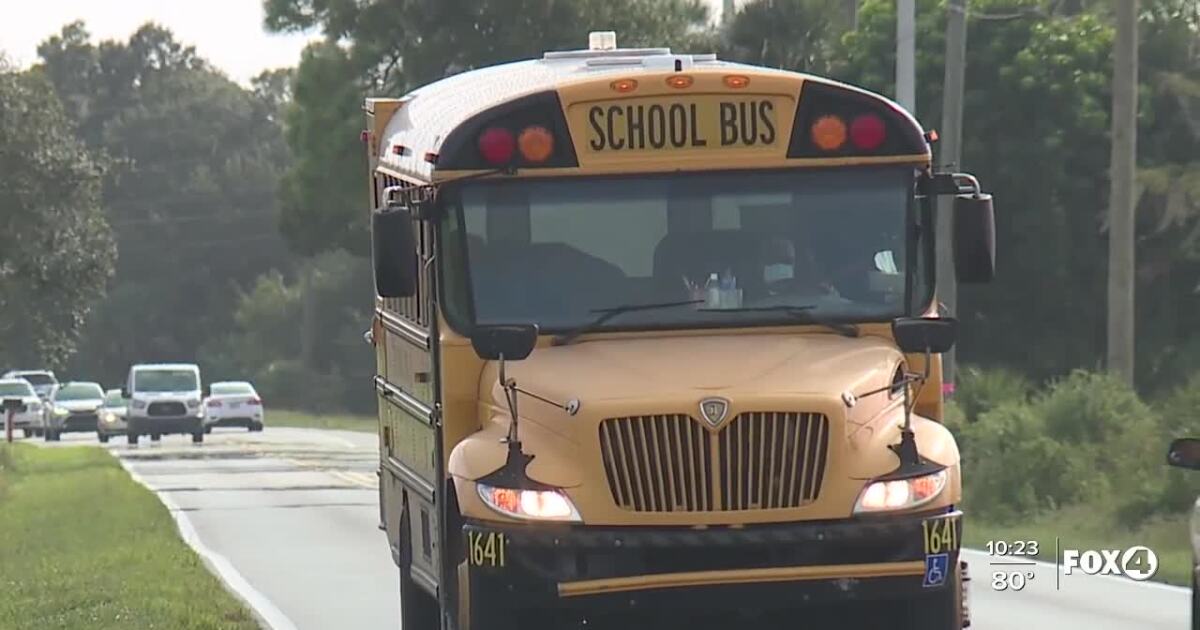 LEE COUNTY — The Lee County School District is reassuring parents that the buses will be on time Tuesday.

The move comes as a result of 83 East Zone drivers calling out sick on Monday. Some children were left without a ride at the bus station.

The School District believes it was a planned protest, like a strike, but bus drivers are not allowed to strike in the State of Florida by law, so they’re investigating this as an illegal work stoppage.

Robert Lloyd, Transportation Director, stated that many drivers are unhappy about their work conditions.

Lloyd stated that the 83 drivers who called him were responsible for at most two routes per driver, which means at least 166 routes were lost.

Lloyd said that “there appears to be an organized effort to not get to work today at the East Zone.”

Lloyd stated that he heard about this possibility, but after examining the numbers of staff, he felt things were in order.

Lloyd stated, “Last night the numbers didn’t look unusual, but later last night and into the morning, we had like 83 people,”

Those 83 drivers not showing up created a problem Lloyd said they’ve never dealt with before.

“This is the first time that we’ve had such a large number where we just could not pick up the students,” said Lloyd.

Lloyd claimed that stoppage of work is against the law and the District has taken action.

Lloyd said that the District was investigating and would hold responsible those involved.

It comes following a meeting between Superintendent Ken Savage and bus drivers last week where they had an opportunity to voice concerns. Concerns were raised by a woman about her salary. “On these 11 years I’ve been working here, I’ve made the same exact money, to the penny, as these brand new drivers that have zero experience.”

Lloyd said, despite Monday’s work stoppage, the District is trying to work with the drivers.

“They are worried about the insurance benefits. They do have concerns about the working conditions, and they’re valid,” said Lloyd.

Lloyd stated that he believed good-faith negotiation would prevent a bus stoppage happening in the future.

“My hope is that it’s a one time deal,” said Lloyd.

Jamie Michael, the Head of Support Personnel Association of Lee County (SPALC) also sent us an email. She is asking bus drivers not to strike, but rather to work with the District to improve conditions instead of “negatively impacting the learning environment of our students.”

Southwest Florida is nearing a wet, cloudy, and cooler Monday