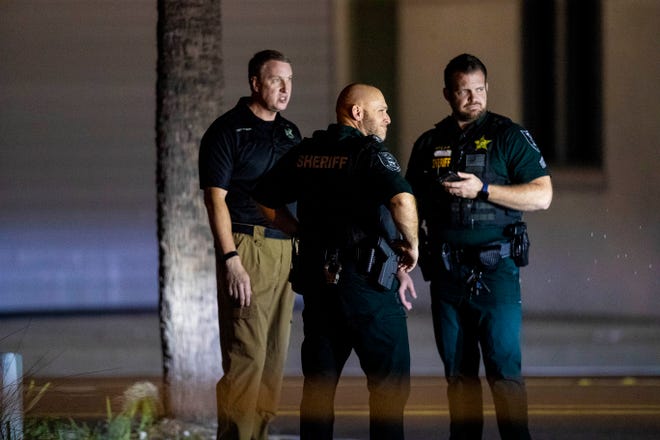 A Lee County Sheriff’s deputy shot a man in downtown Fort Myers Sunday afternoon while investigating a woman screaming in a car that her boyfriend had a gun.

A report from the Lee County Sheriff’s Office said the deputy was walking across Dr. Martin Luther King Boulevard around 4 p.m. to report for duty at the downtown jail.

As he crossed the road, a vehicle approached him with a female passenger inside described as screaming frantically that her boyfriend and driver of the vehicle, later identified as Gustavo Reyes, 18, was armed with a gun, wouldn’t let her leave and threatened to harm her.

Report said that the deputy approached and demanded repeatedly from the suspect to leave the vehicle.

However, Reyes did not comply and made furtive movements, and the deputy fired his duty weapon.

Both the female victim and deputy weren’t hurt. Reyes received non-life-threatening injuries and was taken to a hospital.

According to the Sheriff’s Office, Reyes is still in custody and will be transported to County Jail. He faces charges for resisting arrest with violence, felony fleeing, attempting to escape, false imprisonment, domestic violence and aggravated attack using a deadly weapon.

A crime scene technician could be seen placing a marker by what looked like spent shell casings along the north side of MLK by the entrance to the downtown jail facility.

A Sheriff’s Office spokesman said the incident was isolated and there was no danger to the public.

For Tuesday November 23rd, 2021, letters to the editor

Let us know if you have any letters to the editor by Sunday, November 21st 2021