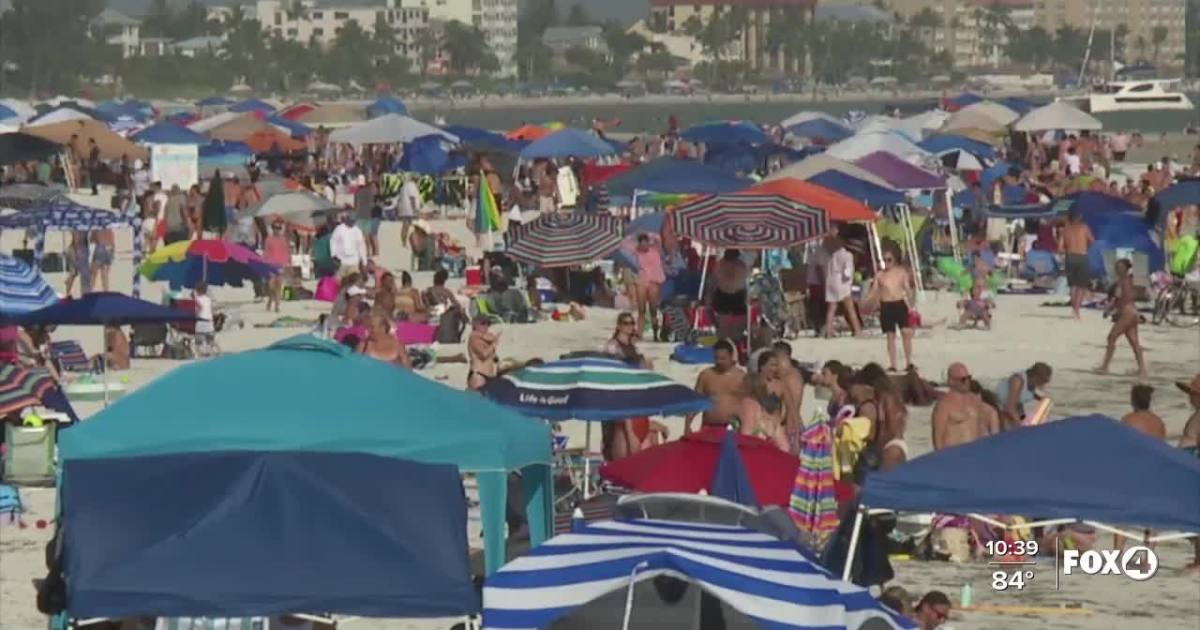 But only about a day away the tropical storm Elsa looms on the horizon.

“Everyone should already have their plan. You should have your supplies,” said Ray Murphy, Fort Myers Beach mayor.

Murphy said the people who live in town know what to do. The problem is, a lot of people have only just got there.

We asked Billy Swanson, who was visiting from Georgia, if he’d ever been through a hurricane.

“I don’t know what’s going to happen. This will be my first experience here in Fort Myers,” said Dion Serrano, waiter at Plaka on the Beach restaurant.

“It’s pretty crazy, we don’t know what to do yet. We’re trying to see where we’re going, where the storm is going,” said Brooke Fox, who moved to Fort Myers Beach a month ago.

While the fireworks are going off, Murphy says, people need to be aware of the precautions Fort Myers Beach takes when Mother Nature brings her own fireworks.

“If it gets over 45 mph, that bridge will close. Sustained, sustained winds of 45 mph or more,” Murphy said

“No coming on or off the bridge so wherever you are, you’ll be stuck there if the storm comes,” Fox said.

And when you’re out on a boat in bad weather, Murphy says, you can be on your own.

“Rescuers need to protect themselves. They will not put their own people at risk in a situation like this,” Murphy said.

But at least for the 4th the weather stayed fine and everyone we spoke to said they will stay.

“I mean we’ll be smart, but right now we’re planning on sitting it out,” Swanson said.

Murphy told us the most important thing he wants is that people don’t panic when the storm comes. He said he couldn’t think of a better place to spend a few days than Fort Myers Beach.