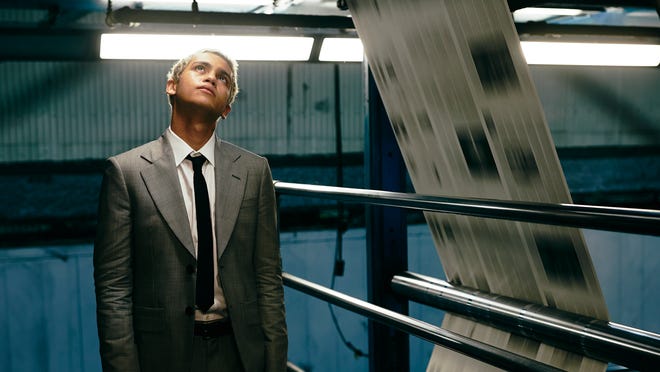 This is a completely different type of exposure. The native Naples man stripped to his underwear in a Calvin Klein ad campaign.

The rapper/singer — who now lives in Los Angeles — appears in photos and a surreal video for the fashion company’s new “The Language of Calvin Klein” campaign.

The photos show Fike posing in black and white briefs as he does things like stretching or adjusting his camera phone. In the short video, he leisurely rides a bicycle around an empty parking lot and says cryptic things like “You know, I wanna go somewhere that looks like … hydroplane” and “I feel like … the object.”

The campaign was launched in September. A Calvin Klein press release describe it as “a multimedia campaign furthering the brand’s exploration of self-expression through the words we speak and the clothes we wear.”

Photographers Renell Medrano and Hong Jang Hyun and director duo Rubberband shot photos and video of Fike and other “artists, creatives and thinkers,” including:

The photos and videos show off underwear, jeans, T-shirts and other clothes from Calvin Klein’s fall 2021 line. Celebrities are able to recite poetry and scream out stories, as well as recite routines.

The idea, according to the news release, is to “capture individual expressions of language in the real world.”

In a North Fort Myers strip mall, a taste of North Italy