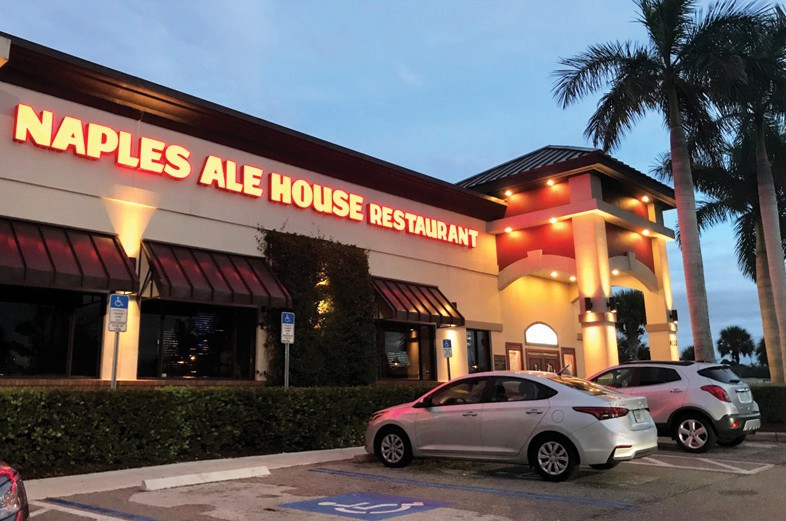 Miller’s Ale House, which has a longstanding location in north Naples, has put plans for a new pub in south Naples on hold. TIM ATEN / NAPLES FLORIDA WEEKLY

– Ana Purdom, East Naples A: Unfortunately, the pandemic has put expansion plans for Miller’s Ale House, which already operates a long-standing restaurant and bar in north Naples, on hold.

“We currently have no plans to open a new location in south Naples,” said a company representative in the fall of this year.

Miller’s Ale House, a Florida-based pub chain with more than 90 locations, closed a deal earlier this year to occupy the central space on Restaurant Row between Pollo Tropical and the now-closed Pei Wei, but then the reaction caught the eye on the coronavirus for uncertainty.

“Miller’s Ale House terminated its lease during the due diligence phase,” said Charlie Ladd, president of Barron Commercial Development, the company that works with Amera Corp 41 East. Ladd hopes the deal can resume there once the economy and the hospitality industry stabilize.

Q: Do you have any idea when Felipes will open in Logan Landings? It looks like it’s almost done! – Rachel Stowell, Naples

Q: There’s a new building (probably a restaurant) in Logan Landings across the pond from Oak & Stone. Any word what that could be? – Dave Winterling, North Naples

A: Felipe’s Mexican Taqueria is slated to open this month in the terminal unit near the Logan Boulevard entrance in Logan Landings, the Sprouts-anchored retail hub in northern Naples. Overhead doors at this second location in Naples for Felipe’s will be able to create an open air experience in the 4,000 square meter area of ​​the restaurant and bar. 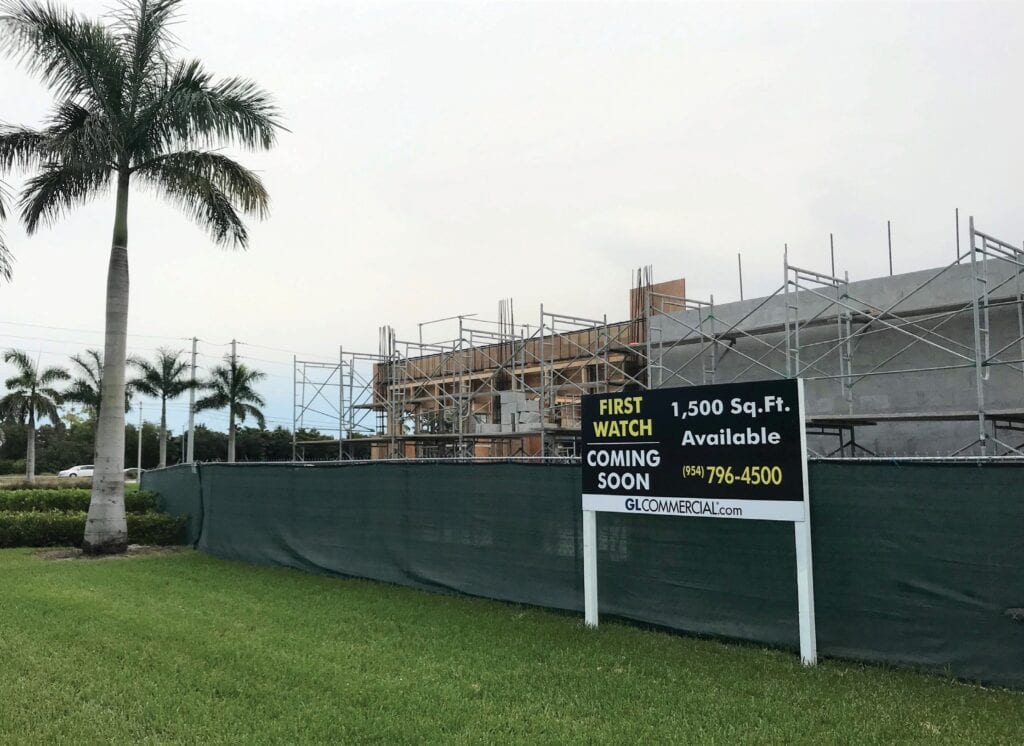 Located near the intersection of Logan Boulevard and Immokalee Road, this Logan Landings building under construction will host a First Watch daytime cafe and another store. TIM ATEN / NAPLES FLORIDA WEEKLY PHOTOS

Meanwhile, the building under construction in Logan near the intersection of Immokalee Road, due for completion next fall, is slated to house a First Watch daytime cafe. This First Watch will be one of the first restaurants in the national chain to have an indoor / outdoor bar and a waterfront terrace. The restaurant will share the building with a second store in an adjacent 1,500 square foot unit that is still available.

Q: I noticed a Publix Coming Soon sign in South Naples at US 41 and Sandpiper Drive / Greenway Road, about two miles south of Manatee Road. Any information on that? – KT, East Naples

A: Publix will anchor Fiddler’s Creek Plaza, a neighborhood retail center at the US 41 East entrance to Fiddler’s Creek Housing Development, southeast of Collier Boulevard. 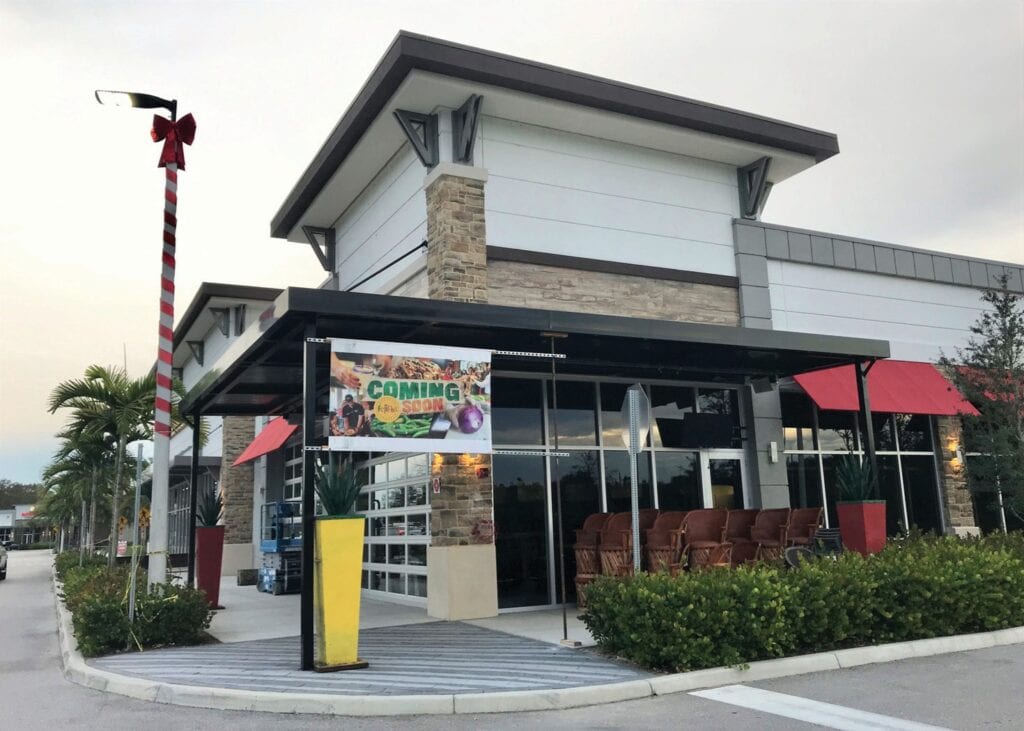 Felipe’s Mexican taqueria is slated to open shortly in this terminal at Logan Landings in north Naples.

Halvorsen Holdings, a Boca Raton-based developer, broke ground in August for the 60,000-square-foot mall, which is slated to be completed by early summer 2021, said Caroline Peek, a Halvorsen spokeswoman. One of the grocer’s newest store models, the 48,000-square-foot Publix will feature an updated layout with a mezzanine floor and a drive-through pharmacy.

The center’s additional 12,000 square feet of retail space will include a nearly 3,000 square foot restaurant with an outdoor terrace at one end, although Ms. Peek has not yet received any additional information about the future dining area. “They are currently looking for service providers, restaurants and retailers to fill in the remaining space,” she said. According to a press release, there are also three outparcels available for sale or lease at this location.