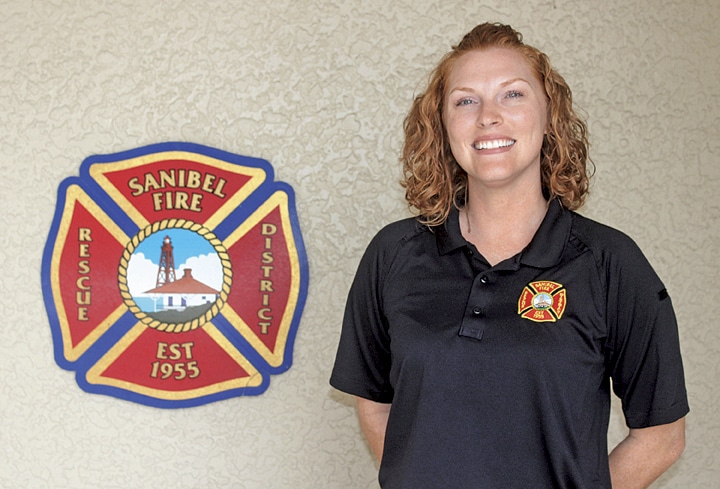 For the past two summers, Samantha Quinn has been deployed to serve as a public information officer regarding wildfires. PHOTO PROVIDED

For the past two summers, Samantha Quinn has been deployed west to serve as a public information officer regarding wildfires.

This time, the conditions she had was quite different.

Quinn was twice deployed by the National Park Service. She and the Sanibel Fire & Rescue worked out the details so that she could travel. First she was sent to Washington, then to Oregon.

Quinn claimed that she has been sent where fires do not usually occur.

“The places we’ve been going to in the last two years are areas that have not seen fires, and now they’re seeing historical events there,” Quinn said.

Quinn claimed that lightning caused the recent fires. Quinn also stated that fires are part of nature in the wild. Many experts are saying global warming is another cause, but Quinn isn’t sure.

“I don’t know the statistics on if it’s being caused by global warming. I know where lightning is striking, it’s able to burn,” Quinn said. ‘There were also burn scars from 2020, so anytime the fire was creeping along, if it got to an area that burned previously, it reignited those dead, dry fuels.”

In Oregon she was able to assist on a Type 2 incident, which is the second-most serious incident a firefighter can work. Quinn was able get her task book approved. This means that she has completed and completed many tasks before being qualified for this particular job.

“The fire was in the wilderness area, so it wasn’t where our command post is typically at. From there we had resources come in and they go assist with the fire, depending on what the objectives are for that day,” Quinn said. “Our goal is to get the information out timely to the public and to interact through social media or getting out into the community.”

Quinn said that her classification will enable her to respond to other situations, including flooding, hurricanes and even blizzards. However, these latter are very rare.

It is difficult enough to manage wildfires. What made this time different was that this was when the “heat dome” came over the west coast, sending temperatures well into the triple digits.

“Even with hats and sunscreen we were so burned because of the elevation and how hot it was,” Quinn said. “I had never experienced that kind of heat before and I’m in Florida.”

Quinn studied business administration at college. She worked several years as a Shell Factory controller before making a career shift in 2015.

Quinn started with the Florida Forest Service as a mitigation specialist and then deployed with the National Park Service in the summer of 2018 (which holds her public information officer credentials) before coming to Sanibel Fire and Rescue as a PIO and finance specialist in June 2019.

Quinn traveled to California last September during one of the most destructive fire seasons in American history. San Francisco’s sky turned a bright orange in the morning.