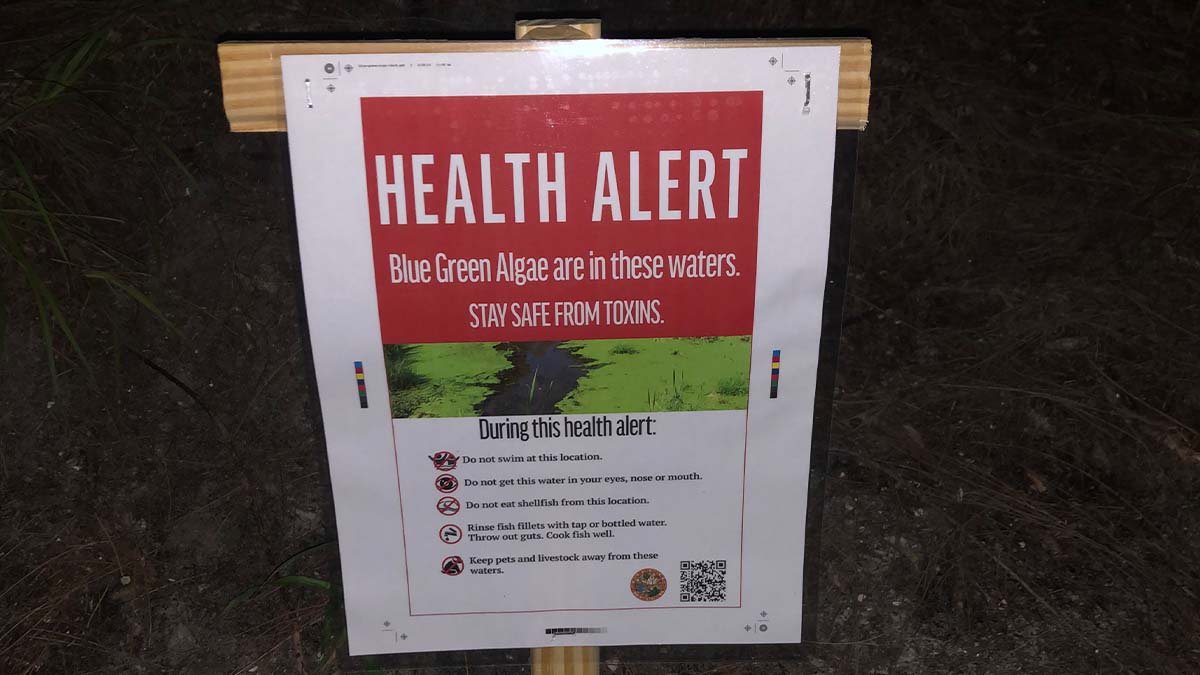 Park visitors are greeted with a sign alerting them to the health alert. The toxic water isn’t safe to swim in and can even cause some respiratory symptoms for those on land.

Cape Coral officials are still waiting for permits to install bubble curtains in canals throughout the city. A meeting about the curtains was supposed to happen yesterday, August 3, but it was pushed back.

A city spokesperson told NBC2 that they were disappointed, but hope to get the permits soon.

The water quality memo that you’ll see today also mentions the US Army Corps of Engineers’ LOSOM plan. It details a plan for Lake Okeechobee water releases for the next 10 years. Lee County officials are threatening to sue if that plan doesn’t see major changes.

Cape Coral man is sentenced for leaving his dog tied to a tree.

Neighbors are fed up with the abandoned house in Cape Coral