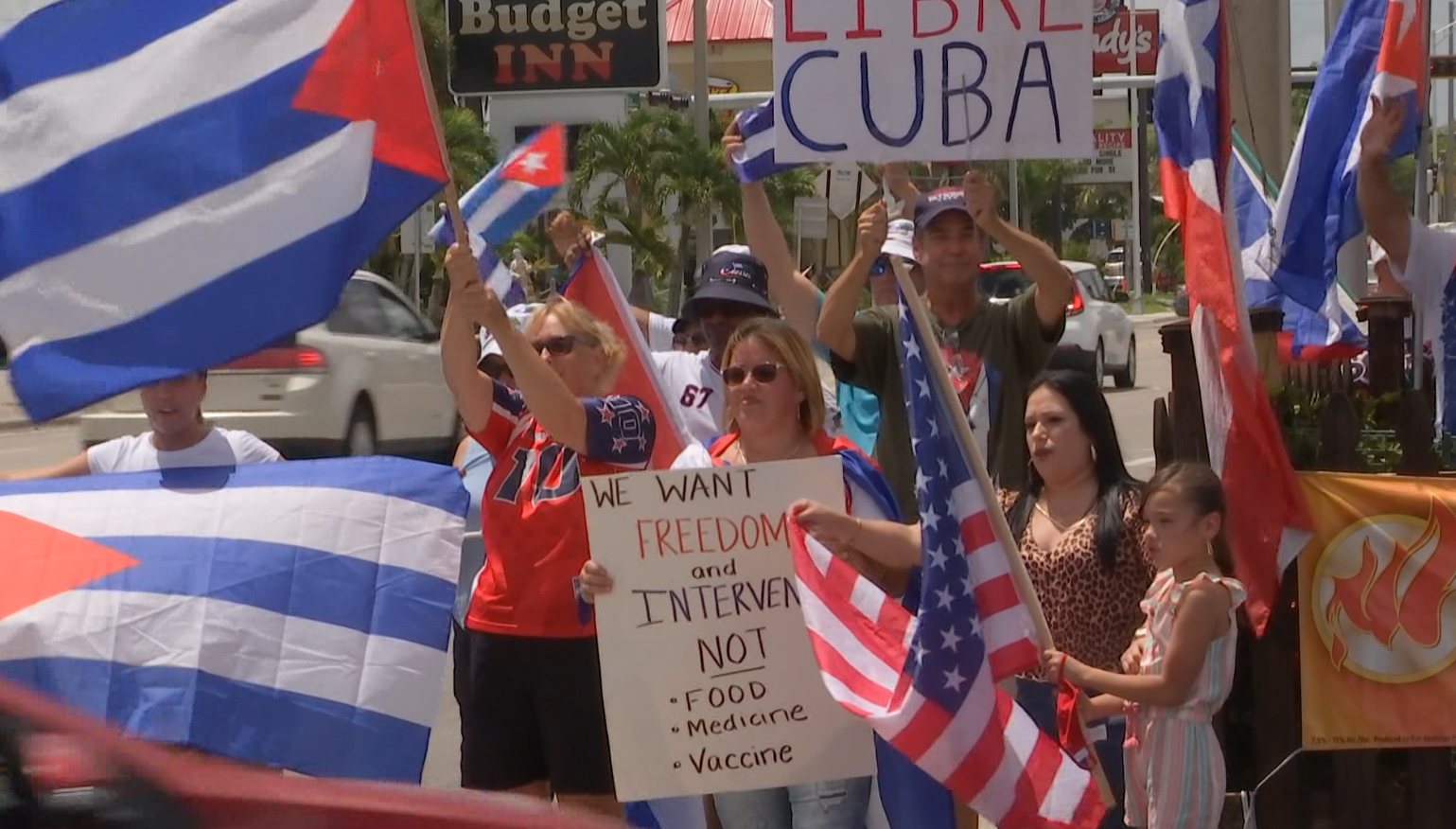 For a week now, people have taken to the streets to support the Cuban people in their fight against communism.

Dozens of people gathered at La Parilla Boricua in Fort Myers on Sunday. But to understand today’s protests, we need to understand Cuba’s history.

Joe Beene came to Fort Myers from Lehigh Acres to join the protest. “Communism is taking over. You kill people. The people they didn’t care about at first, ”Beene said.

Cuba has been ruled by a communist regime for 56 years. The people there have to cope with these 56 years.

They had to deal with food shortages, frequent power outages and torture by their government.

“Awareness. There are too many people who have no idea what’s going on. They don’t care because they don’t know what’s at stake and they have to know. They have to take care of them,” Beene said .

Beene was in Fort Myers with many others on Sunday. A week after the Cuban people said it was enough and stood up for their freedom. For the first time in decades.

Beene says he will use the freedom he has in our country to stand up for those who have been silenced in their country.

Gloria Jordan also took part in the protest. “So here we are. They do what they cannot do for free. That’s what we’re doing right now, ”said Jordan.

“You are our neighbors. I mean freedom … you have to keep it alive all over the world, ”Jordan said.