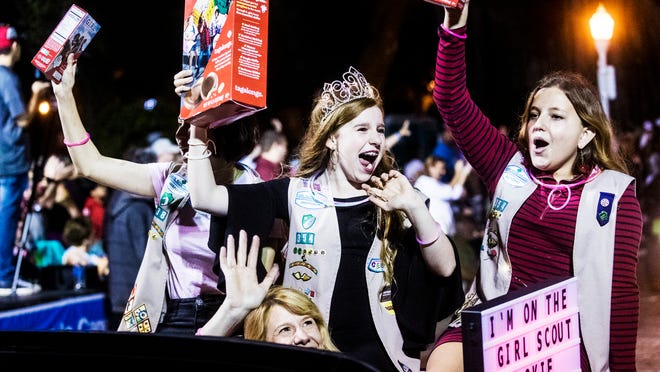 Everything was canceled or postponed in 2020 it seems. But now, many of those postponed events are returning in 2021 – from country superstar Chris Stapleton to 80s hard rockers Slaughter.

Here’s a look at what’s happening in 2021, including new show dates, and what’s been canceled or closed.

We’ll update as more are announced.

Fort Myers Greek Festival, February 26-28 in the Greek Orthodox Church of Annunciation in Fort Myers. All carnival rides and live bands were canceled this year. Instead, the 46th annual festival has been converted into a drive-through restaurant with a $ 25,000 prize draw. The foods available include appetizers, sandwiches, desserts, and full meals. greekfestfortmyers.com

Get a Fifties Fix, Rock Out or Salsa at the SWFL Casino, Sports…

Continue reading: The Bonita Blues Festival has been canceled for the second time in a row

Continue reading: A traditional St. Patrick’s Day parade will not be held in Naples next month due to COVID-19 concerns

Broadway season at Artis – Naples. The Naples venue has canceled its entire 2020-21 season for Broadway musicals. New or rescheduled shows have not been announced for 2021-22. artisnaples.org

Broadway season at the Barbara B. Mann Performing Arts Hall. The South Fort Myers venue has postponed its entire 2020-21 season of Broadway musicals. All shows have been postponed to the 2021-22 season. Dates and tickets will be announced. bbmannpah.com

Continue reading: Broadway is canceled for Mann Hall, Artis – Naples this season. When do musicals return?

The stage restaurant and nightclub in Bonita Springs. Closed until further notice. facebook.com/TheStageBonita

Royal cinemas. The theater chain has closed all US theaters indefinitely as many blockbusters have been postponed. regmovies.com

Continue reading:Regal Cinemas close US theaters. What about other movie theaters in Southwest Florida?

Toby Keith, April 30th in the Hertz Arena in Estero. Postponed from May 1, 2020. hertzarena.com

Brit Floyd, May 27th at the Hertz Arena in Estero. Postponed from May 28, 2020. hertzarena.com

Alabama, June 11th at the Hertz Arena in Estero. Postponed from August 22, 2020. hertzarena.com

“Lifetime of a fact” Oct. 27 – Nov. 14 at the Players Circle Theater in North Fort Myers. Postponed from January 13th to 30th, 2021. Playerscircletheater.com