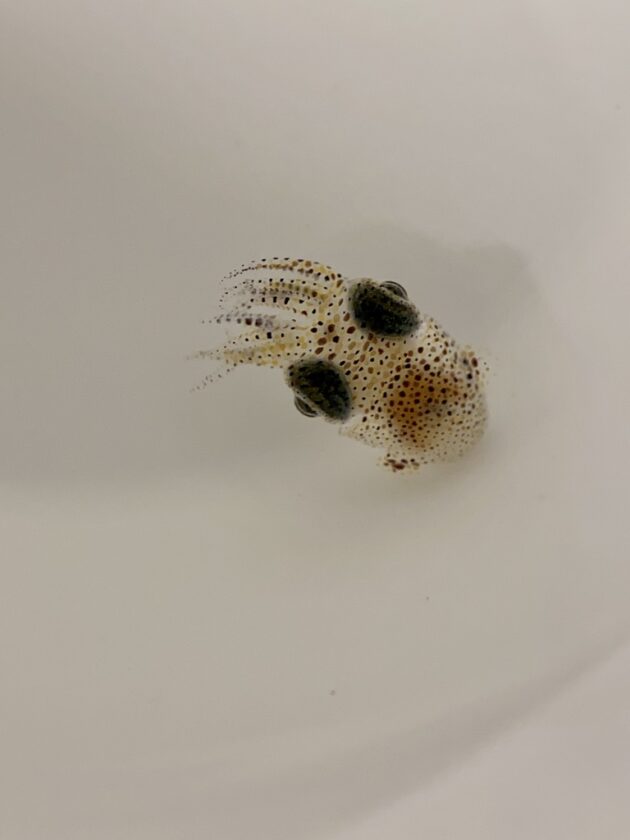 The adult squid was put on display immediately, but the clutch of eggs was kept in quarantine. After 16 days, they started to hatch. Two months later, the young female squid have grown to the size of a pea. The small cephalopods can be found with eight arms, two tentacles as well as large eyes. Their background color is transparent, and there are several small chromatophores spread throughout their entire body.

“The hummingbird bobtail squid are actively hunting on their own and displaying normal coloration and behaviors,”Carly Hulse, museum Senior Aquarist, said. “We are very pleased with their progress, but they will have to get a little bigger before we can display them on exhibit.”