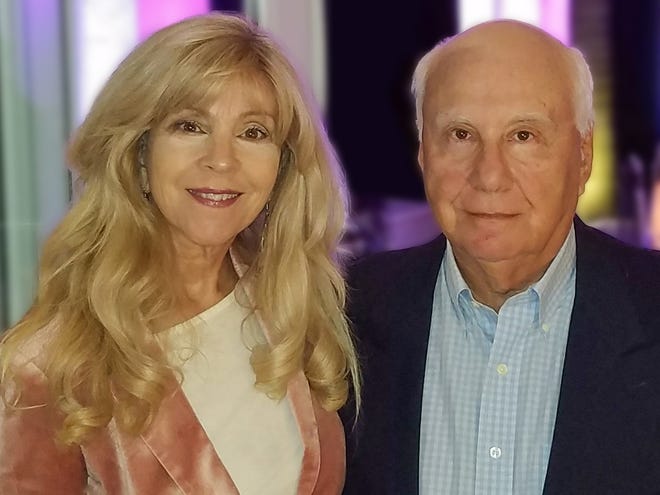 The sponsor of the Naples International Film Festival will be watching the movie for any other details than plot and characters, when it goes dark.

Richard Lublin, co-sponsor of the festival for four years, has worked as an actor, with a dozen or more TV shows and two films to his credit. His TV credentials include being a judge on “Law and Order,” fire chief on “Rescue Me” and a doctor on “Chicago Hope.”

Lublin was on the other side of the camera and has always been impressed by the hard work required to create perfect scenes.

Two people are speaking simultaneously in the movie, but in an hour-long television show, they use one camera. “They put the camera behind the one person who is speaking,” he stated.

They then move the camera to the side of the talking person. Next, they turn the camera to one side. It takes six days for a television program of 42 minutes to be produced.

“I’m amazed at some of the talent — that you can shoot a scene 10 times, and the person is crying and they’ll do the crying 10 times. And legitimate tears come pouring out.”

Lublin isn’t a scrambling-up-from-nowhere star. He was a trial attorney for 29 years, and after he retired, friends in Hollywood offered him parts, no audition needed: “If you can act in a courtroom, you can act in a studio,” he offered.

He was able to do a lot of work and even landed a part in Sidney Lumet’s film “Before the Devil Knows You’re Dead.”

Albert Finney, Philip Seymour Hoffman, and Ethan Hawke were my headliners. It was an amazing movie!”

Pressed for his film, however, he mentions another Lumet film, “The Verdict,” and  “Rudy,” a David Anspaugh film about a Notre Dame hopeful who fights for a spot on its team.

Christine Stahl, his partner and festival co-sponsor, said that after her career at IBM, she prefers to watch her films rather than be in them. Lublin and Stahl have high respect for independent filmmakers, who must work hard to cast, bankroll and distribute their films.

She said about the Naples festival, “It is so neat that these independent films are such a neat thing.” Because she has seen so many great films she decided to go with the classics. Her choice? “Casablanca.”

Harriet Howard Heithaus is a reporter for Naples Daily News/naplesnews.com. She covers entertainment and arts. Contact her at (239) 213-6091.

Three fishermen retire from the North Fort Myers restaurant after they sell it.