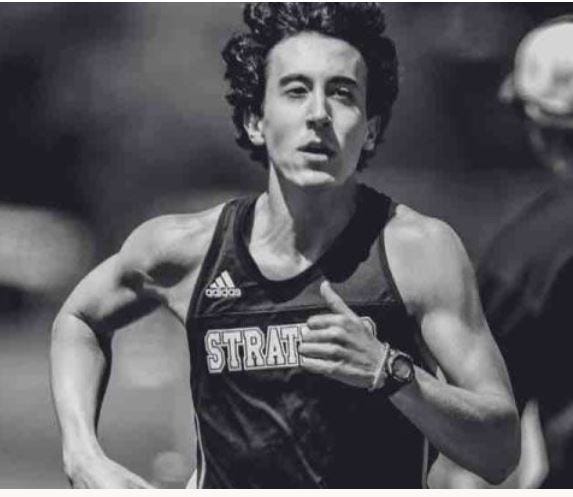 A teenager who was struck by lightning on a Marco Island beach in mid-July has a swollen brain, a family friend said on social media on Monday.

“Pray big and bold,” wrote Julie Chandler, a friend of the family.

William “Walker” Bethune, 17, was struck by lightning on July 17 on Tigertail Beach, rendering him unconscious and unable to breathe, according to a report by Marco Island police.

Bethune was transported to the Physician’s Regional Hospital on Collier Boulevard and later flown to a hospital in Miami.

David Bethune told police his son asked him for a baseball cap and, according to the report, when he put it on, lightning struck him. Other family members were with William Bethune, including his mother and brother.

Bethune is a senior at Stratford Academy in Macon, Georgia, the school shared on social media.

And:A couple struck by lightning on Sanibel Island were vacationing from South Carolina with their children

On July 17, the Marco Island lightning warning system alerted people to shelter at 2:15 p.m., more than an hour before the lightning strike in Bethune, said Bob Dugan, CEO and president of Thor Guard, a lightning prediction and warning company with about 150 stations in southwest Florida.

Dugan said a “red alert” had been in place by 4:03 pm, which ended more than 10 minutes after first responders were dispatched.

Dugan, who lives on Marco Island, said the thunderstorm was moving away from the island when lightning struck Bethune.

“Lightning often strikes more than three miles from the center of the thunderstorm, well outside the rain or storm cloud,” says the National Weather Service website.

“That was the last blow of the storm,” said Dugan on Wednesday.

Five people were struck by lightning three times in 10 days on the beaches of southwest Florida, the Fort Myers News-Press reported.

A 38-year-old man and a 12-year-old girl were struck by lightning Monday night at Clam Pass Park in North Naples, and a South Carolina couple were struck in front of their young children on Saturday at the Sanibel Beach Club.

The man and girl were taken to NCH North Naples Hospital in stable condition and the married man was reportedly in critical condition on Tuesday.

“When the thunder roars, go inside”

The best way to avoid being struck by lightning is to take shelter when the first clap of thunder can be heard, Byrne said.

“If the thunder roars, go inside,” said Byrne.

Byrne said this advice is especially important to Marco Island beach goers as they have to travel long distances to seek shelter when near the coast.

“The safest place to be during a thunderstorm is inside and away from windows. That means there are no open garages, porches, covered decks or picnic areas, ”says the National Weather Service website.

NWS says the next best seat is in a hardcover vehicle with the windows up.

From 2006 to 2019, 418 people were hit and killed by lightning in the country, according to a report by the National Lightning Safety Council released last year. During those 13 years, recreational activities accounted for 62% of total deaths from lightning strikes.

More than 70% of the 418 lightning deaths occurred in June, July and August, the peak months for lightning activity across the country.

From 2011 to 2020, there were 49 lightning deaths in Florida, the most in any state, according to data from NWS. The second state with the highest number of lightning deaths is Texas with 22 over the same period.

There are more than 10 lightning warning stations on Marco Island, including one on Tigertail Beach, Byrne said.

In case you missed it:Husband and wife hospitalized at Sanibel Beach Club after being struck by lightning Saturday

Children, mom reunited:Two children reunited with mother after parents were struck by lightning in Sanibel; Father still passed out

Three siren bursts of five seconds each and the switching off of the flash indicate that it is safe to be outside. The city’s lightning warning system is active seven days a week from 8 a.m. to 9 p.m.

You can find tips on safety during thunderstorms at https://www.weather.gov/safety/lightning-tips.