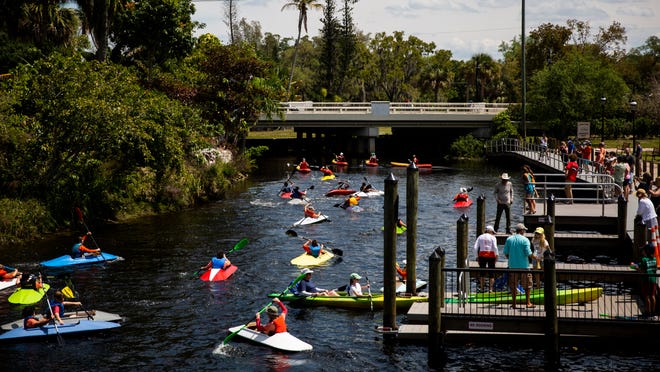 A meeting of Bonita Springs City Council on the future of downtown became an hour-long debate on an item on the agenda with one sentence: What should be built in 5 acres along the Imperial River?

Discussions about what to build on Imperial Crossing or Bamboo Village have continued for years. The property is on Old 41 Road and spans the Imperial River. The city councils consider it the most important vacant piece of land in the city center.

Council members continued the debate without coming to a solid answer during a session on Wednesday. City councils went on tangents when separate ideas were put forward, creating frustration and confusion. It was eventually decided that a moderator would lead another workshop to end off-track conversations.

“I think more at this point you need to focus on the basics,” prosecutor Derek Rooney told the council. “Maybe, maybe to get some of the personalities out, I would recommend a meeting moderator to help you discuss these ideas.”

Despite the cacophony of opinions, one thing was clear: the waterfront should remain open to residents.

“I definitely want a public area along the river,” said Councilor Mike Gibson.

Otherwise the city councils were split. Some wanted to send out an RFP immediately or seek suggestions. These documents contain details and concepts about the country. Interested developers would send back draft plans based on the requirements of the RFP for the city council to consider.

Alderman Jesse Purdon said the city should send out an RFP soon. The document would outline the concept in broad terms – guaranteed access to water, a park component and a commercial or mixed-use project that would “activate the corridor”.

“Let the developer find out the little things,” Purdon said.

Other councilors, including Amy Quaremba, would like to draw a more detailed picture of Imperial Crossing.

“We can’t just put out an RFP that says, ‘Come on, do your best,” Quaremba said. “This is a public space that is an important part of Bonita Springs. How can we expect something close to that comes unless we have a certain specificity in our vision? “

Keeping the land under the control of the city was an option proposed by the city councils. Mayor Rick Steinmeyer said the land should become a park and remain in the hands of the city. The use of the property for parking was also mentioned, in particular as an overflow for the Bonita Springs Wonder Gardens.

Ultimately, the city council voted for a workshop with an outside facilitator to “set the city council’s priorities and incorporate them into an RFP”. A date has not been published.

“Well, we certainly had a lively discussion tonight,” said Steinmeyer. “We’ll have a workshop on that.”

Rooney said he spoke to each city council individually about the country and said everyone was largely in agreement, even though they did not say so on a public forum.

“I think you are all a lot closer to the same position than you think,” he said.

The city council has already gone the RFP route. After sending the request to thousands of developers, the city council received a single offer in October and voted against it. The project would have included 32,000 square feet of commercial space and 112 one-bedroom apartments. The contractor wanted the land for free along with a 10 year tax break.

Since then, two more offers have been made, one to buy the property for $ 1 million and a second for $ 1.5 million. The city council voted on both offers as the submitted plans did not match their vision of a project in the city center.

Purdon said the unsolicited offers show developers are interested in the land.

“A shortage of people who want to develop is not a problem,” he said. “We have to tackle this RFP.”

Thaddeus Mast is a South Lee County reporter for the Naples Daily News and The Banner. Support his work by subscribing to our local news organization. Find him on Twitter as @thaddeusmast.