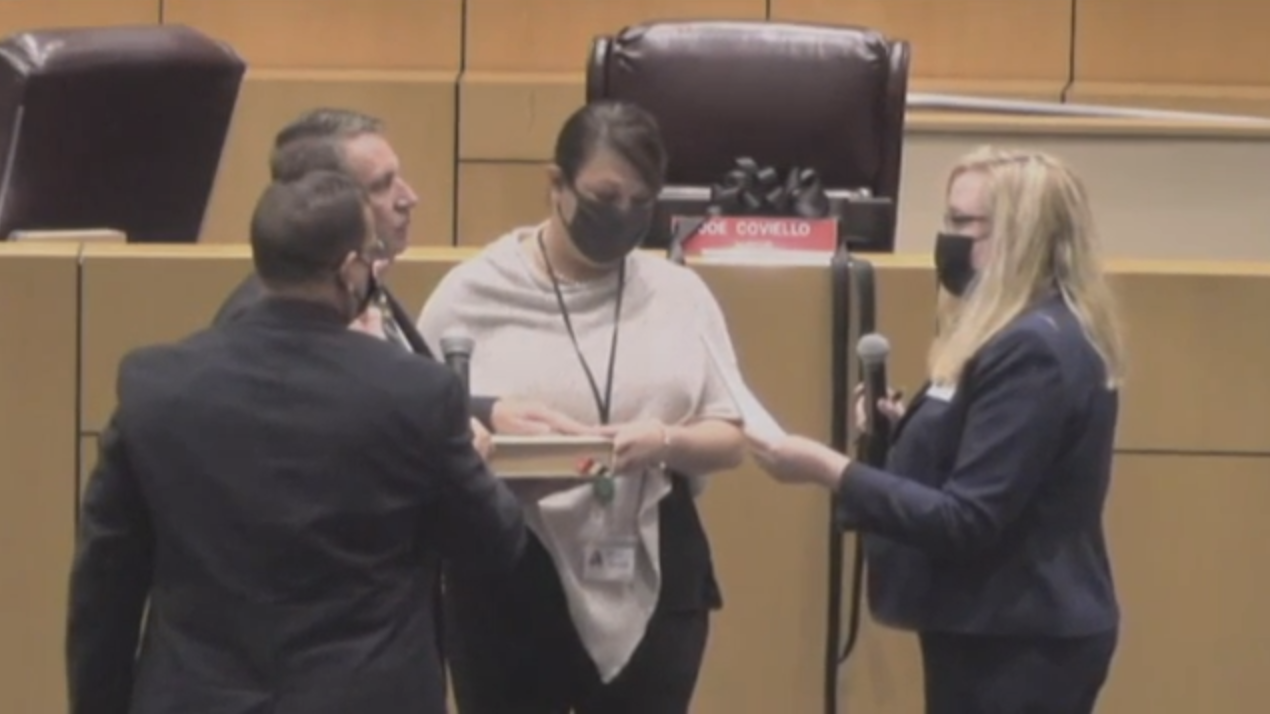 The city council voted 6-1 on Wednesday night for the appointment following the unexpected death of Mayor Joe Coviello last week.

Gunter said he did not expect the decision to be made that quickly or that night.

“I thought we were just discussing whether we want a special election or an appointment,” he said.

Gunter and the six other council members initially agreed that, for reasons of time and money, it is best not to hold city-wide special elections for Coviello’s replacement. The discussion then quickly moved to appoint one of the council’s own, which a majority agreed.

“If I had the feeling that we didn’t have someone strong enough on the council to involve someone, I would definitely have chosen differently,” said Councilor Jennifer Nelson. “As Joe’s wife stated at the funeral, you know Joe was a doer … I think Councilor Gunter will have the opportunity to follow suit.”

A majority of the members voted again and nominated Gunter for the job, although he has already encountered resistance. Councilor Rick Williams was the only one who voted no for Gunter’s nomination.

“I was very unhappy with how the process went,” said Williams. “I would much rather see someone in the mayor’s seat.”

He told NBC2 he didn’t like how Gunter had treated him in previous meetings. Mayor Gunter said he was ready to move forward with everyone as the council works at its core with the legacy of the late Mayor Coviello.

“You won’t always please 100 percent of people,” said Gunter. “I think as long as you are doing the right thing in your heart and it benefits the majority of our community, we should go in that direction.”

Now the city council must focus on appointing someone to take on Gunter’s previous role as councilor for the district. The city made applications for it on Thursday.