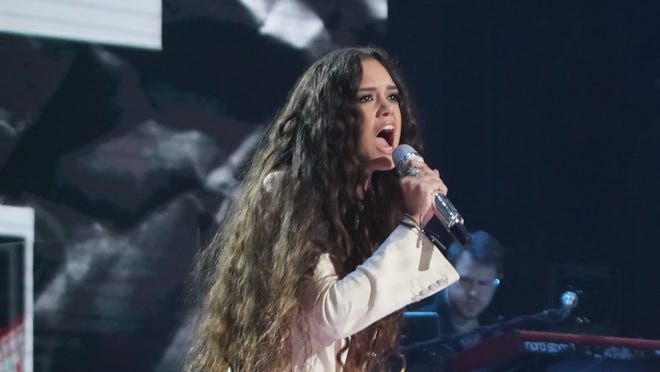 School is out. The COVID numbers have fallen. And there is only a limited amount of Netflix that a human can watch.

Do not worry. If you want to do something this summer, you’ve come to the right place.

We wrote about entertainment options during the pandemic. In case you missed them, here are some of our articles on concerts, exhibits, attractions, and more in Fort Myers, Cape Coral, and the rest of Lee County.

There are also some virtual events for people who have not yet been vaccinated or are not feeling well.

We’ll be updating this list later this summer, so check back later for more fun.

American Idol’s Casey Bishop plays her first home concert in Fort Myers: The semi-finalist of “Idol” will play her first concert in southwest Florida on June 19th on Buddha LIVE. The Estero teenager competed on “Idol” for three months and made it to the show’s top 4 singers.

“She’s a hometown hero,” says co-organizer Brad Cozza. “She is super excited to be playing. She will play in front of her close friends and in general in southwest Florida. “

“You’re talking about bringing down tuning makers,” says Dean. “These guys, they are really craftsmen in the literal sense of the word.”

Dean’s hits include “Let Them Be Little”, “Somewhere in My Broken Heart”, “If There Hadn’t Been You” and “We Just Disagree”.

Florida Rep’s Uplifting New Season: “West Side Story,” Buddy Holly, and More: It’s been 15 months since the Florida Repertory Theater performed on its two indoor stages. That will change this September when the theater group returns with the cabaret show “Let’s Fall in Love”.

The show technically opens on October 1st, but there are also preview shows in late September. The rest of the season includes everything from “West Side Story” to the Pulitzer-winning drama “Driving Miss Daisy”.

Welcome to the Tiny Theater: Florida Rep actors turn their wardrobe into a stage on Facebook: Actors Brendan Powers and Rachel Burttram Powers usually perform on the stage at the Florida Repertory Theater and Theater Conspiracy. Then all theaters closed during the pandemic.

So the couple decided to convert a bedroom closet into their own tiny theater – complete with a stage. Every Wednesday they put on scenes, plays and monologues sent to them by their playwright friends.

“When I’m not working on a project, I kind of go nuts,” explains Rachel Burttram Powers. “An artist has to create! What else is our purpose with a capital P, you know? “

Exhibition takes US Post, 2020 election. “We love the post office,” says Devo’s Mark Mothersbaugh: The artist Beatie Wolfe and the singer-songwriter Mark Mothersbaugh from Devo designed the exhibition “Postcards for Democracy” for the Rauschenberg Gallery of the FSW. The project began as a “collective art demonstration” in support of the US Postal Service, postal voting, and the right to vote. But in the end it became much more than that.

People from all over the world submitted postcards decorated with all sorts of themes: The 2020 election, of course. And the post. And Trump. But also Black Lives Matter. Human kindness. Racism. Feminism. QAnon. Science. The environment.

And there were other, less political issues too: A one-eyed alien stretching out his arms in a hug. The leg lamp from “A Christmas Story”. And a lot of devo-themed art.

Visitors can wander through the current exhibition’s 13 sculptures on the roof, including eight pieces of metal by Miami artists Juan Miguel Vazquez and Mario Almaguer.

Get a Fifties Fix, Rock Out or Salsa at the SWFL Casino, Sports…

Fort Myers artist Marcus Jansen, shown across Europe, is finally getting a SWFL museum exhibit: Technically, this art exhibition is in Naples, but it features Fort Myers art star Marcus Jansen. His huge graffiti-influenced paintings have been shown in major museums and art galleries in Europe. Now he finally has an exhibition much closer to his home.

The 18 paintings in the exhibition represent 20 years of Jansen’s career, but many of them may have been painted yesterday in response to the country’s ongoing problems with poverty, racism and inequality.

“He was ahead of the curve in pondering so many topics that are now common topics of conversation,” said Courtney McNeil, director and chief curator of the Baker Museum.

McCollum Hall’s New Murals: Louis Armstrong, Dancing, and More at Dunbar Landmark Reveals: The Dunbar venue was THE place to be in the 1940s and 50s. Music legends BB King, Louis Armstrong, Duke Ellington and more played there.

Now this colorful story has a colorful new mural to celebrate it: a four-foot wall behind McCollum Hall, painted with images of festive dancers and legendary musicians. Plus poet Paul Laurence Dunbar (namesake of the Dunbar community), teacher Evelyn Sams Canady (founder of the annual Dunbar Easter Parade), and other notable figures from Dunbar’s past.

Alliance for the Arts transforms with $ 1.2 million Water Wall and ArtsPark project: Allianz’s campus has a new look thanks to a $ 1.2 million project that includes walkways, an expanded pond, and plants representing four of Florida’s ecosystems.

Then there is the heart of the whole project: a towering blue wall called the “Caloosahatchee Water Wall”. The 22 m high sculpture made of anodized aluminum shows the route of the Caloosahatchee River in Florida from Lake Okeechobee to the Gulf of Mexico.

Sanibel’s new aquarium: Live octopuses, mussels, a rare Junonia and more in the mussel museum: The Bailey-Matthews National Shell Museum opened its $ 6 million aquarium exhibit in March 2020. Its displays and 11 aquarium tanks show both mussels and the creatures that live in them, also known as mollusks.

The giant octopus is one of the biggest stars of the exhibition. He often wows visitors by changing texture and color with his “mood,” says education coordinator Leigh Gay.

Angry is a deep, deep red. Curious is a mottled, lighter red with small dark spots. “And when they sleep they turn into this really white color, just a little orange or red in them,” says Gay. “And they basically don’t move for hours.”

Lee County’s First Cat Cafe, Cattyshack, Opens in the Gulf Coast Town Center: Almost everything at Cattyshack has a cat theme (and a golf theme, too). You can order cat-themed coffee drinks, read cat-themed books, and hang out in a room full of cats.

All of these cats are also available for adoption thanks to a partnership between Cattyshack and the Gulf Coast Humane Society. The café adopted 500 cats in the first six months.

The café’s golf theme stems from co-owner Andrew Townsend’s love for the Chevy Chase film “Caddyshack”. “I can’t tell you how many times I’ve seen it,” he told The News-Press in 2019.

“This is a bar for animal fanatics,” says co-owner Jency Emo. “If you like pets, you will like that, right?”

Gator Mike’s in Cape Coral: zip lines and other big changes: Many changes have been made to the Cape Coral attraction, including an aerial park and zip lines, new arcade games, faster go-karts, and a trampoline bungee that allows young children to jump 6 meters.

“We’re really starting to get things up,” said owner Chris Scuderi in March 2020. “We’re beating all the cylinders. But we want to keep our foot on the accelerator. We don’t want to slow down. “