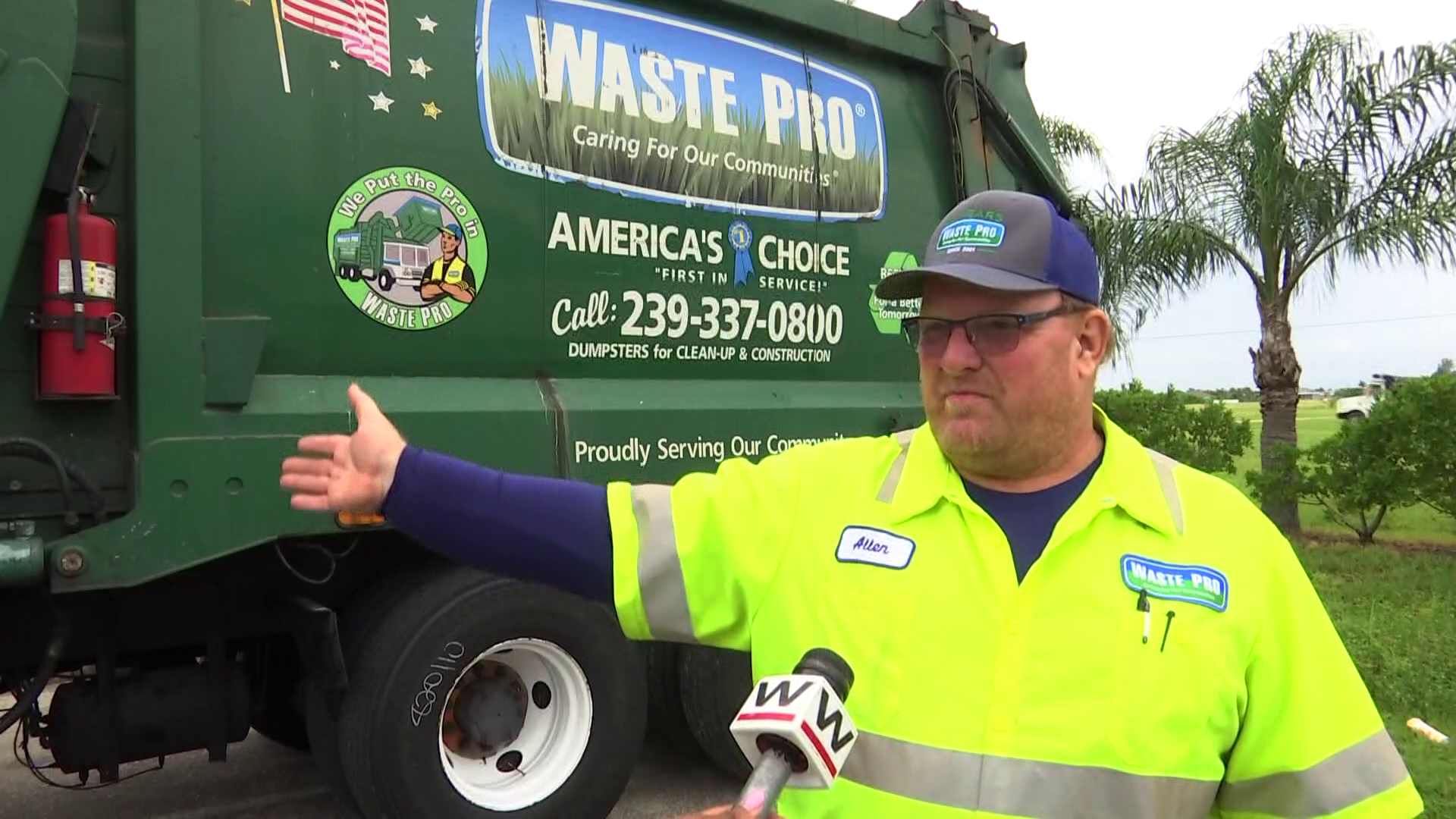 A Southwest Florida Waste Pro driver is being hailed as a hero after saving a woman’s life.

Allen Wilson was on his garbage route when he heard a woman yelling for help along Palm Tree Boulevard in Cape Coral.

“I stopped and went up to the house to get her trash can,” Wilson said.

That’s when Wilson heard a dog barking, which is unusual.

“I took the trash can down to the house and the lady must’ve heard me and when I was taking it back up I heard her hollering for help,” Wilson said. “I open the door and she was laying down face first on the floor. She said she’s been laying there for hours crying for help.”

The woman had fallen, hit her head and broke her hip.

Wilson called 911 and stayed with the woman until first responders arrived. Wilson was honored by Waste Pro with company’s Franklin Award for his quick thinking. The award came with a $100 bonus.

“She says that she just doesn’t know what she would’ve done without him,” Sonntag said. “It honestly warms my heart that he was compassionate enough and thoughtful enough. I think that goes to his character that he stayed there and waited and provided comfort to her.”