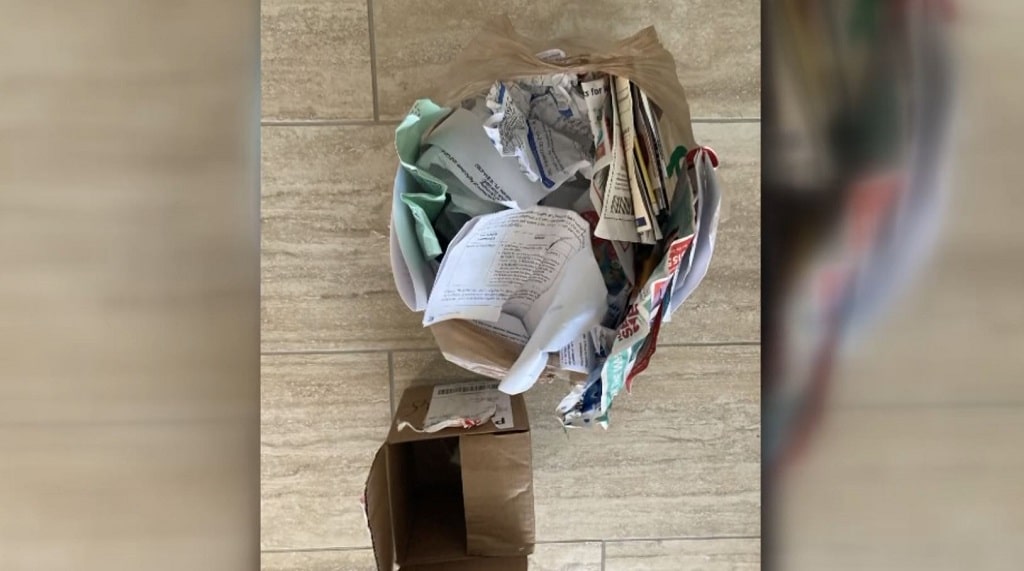 A woman says she found a giant pile of mail abandoned in two Cape Coral parks, including government checks.

When Sam Yaffey rides her bike near Joe Stonis Park in Cape Coral, she says the roadways are usually clean, but that wasn’t the case Tuesday morning.

“I saw paper in the street, and my thought was blown construction trash at first,” Yaffey agreed. “But then, that was like, every so many feet, I started seeing more and more of it.”

Yaffey believed that trash was mail, and lots of it.

“Most of it was junk mail, and some of it was torn in half,” Yaffey stated.

Yaffey explained that the junk mail contained a package and a check from government.

“I found a box that it was about 8 inches, and it indicated it had been delivered to the postal service in the paper stuffing,” Yaffey stated. “And it was thrown across the front of the yard. The box was across the yard, but there was no contents.”

Yaffey said she’s not sure how the mail got there. She fears someone may have stolen it and dumped it.

“The fact that it was so much of it all over, I would say it’s about 200 homes worth of mail,” Yaffey stated.

USPS told us it’s investigating whether the mail was stolen or possibly lost.

The U.S. Postal Service has tips to prevent mail theft: