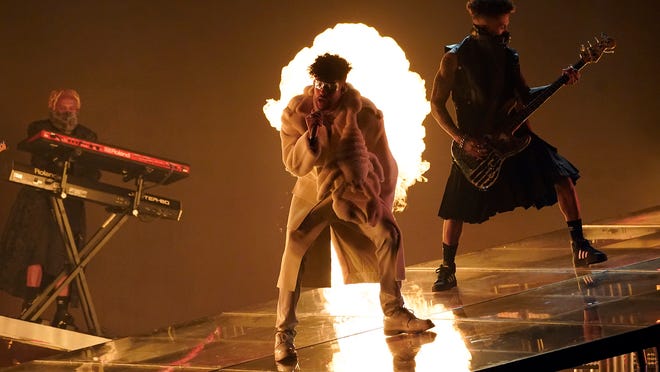 Collier County now has an outdoor venue with potential for concert capacity in the Paradise Coast Sports Complex. It has been tested with the Ben Allen Band and has been given an outdoor concert drive on July 3.

With the heat of summer — and the height of hurricane season right behind it — don’t expect those concerts too soon.

So when the weather cools off, who should play its expansive stadium (capacity 3,900, with a field that can add 10,000 seats and party deck and berms capable of another 700)? We asked readers of the Naples Daily News (and the News-Press staff) to share their thoughts on an outdoor concert.

Not only were the responses a refresher course in local music, but they also gave us a taste of new music. Many times, it was a wonderful reintroduction of music we love but had forgotten.

This story has an online version that links to at least one song by each band. Readers can enjoy a musical journey.

His performance on the acoustic/solo tour was performed at the Naples philharmonic. What a fantastic form of entertainment — told stories about his songs and career. He’s one of the few performers that smiles all the time like he truly loves his craft ! Incredible experience!

It does look like Peter is off the road and not singing, but he has a new instrumental disc out, “Peter Frampton Forgets the Words,” with tunes like “Reckoner” that remind people what a smooth guitar player he is.

They’re hard-rock legends and two members actually live in Florida — singer Brian Johnsonlives in Sarasota with Cliff Williams, the bass player right here in Fort Myers. But I don’t think AC/DC has ever played Southwest Florida. If they have, it’s been at least a couple of decades.

“Back in Black” was one of the first rock albums I ever owned, but I’ve somehow never seen AC/DC live. It would be amazing to see Angus Young wearing his schoolboy uniform. To shout out the lyrics “You Shook Me All Night Long”In an arena full of rock fans? This must be on my bucket list.

We found the last tour in 2016 Still, the death of Malcolm Young in 2017 hasn’t cooled touring ardor for this iconic band, and they’re talking a post-COVID tour with their 2020 disc, “Power Up.” This is the best place to begin.

My dream star for SWFL is Maggie Rogers. Her folk-pop vibe reminds me of where I came from, where I’m going and all the people I’ve been between. Her voice is pure honey, her lyrics have magic, and her live performances on stage are top-notch.

Maggie, who sang a heartfelt acoustic version of “Back in My Body” for the opening night of the National Democratic Convention, has lots of fans but only one tour date. She’s at the outdoor Ohana Festival in Dana Point, California. Maggie, we’re also an open-air venue. Just a thought.

If the above doesn’t satisfy, just put The Strokes/Julian Casablancas.

Tad, you can’t go home. The Strokes 2021 can be seen at Miami’s III Points Festival on 22 October. They’re also free for a few days before their fall tour for “The New Abnormal” begins.

Kanye is doing Kanye. He was still living in Atlanta’s Mercedes-Benz Stadium when his new disc, “Donda”, was completed this month. It was just livestreamed over social media. We don’t know what the next step will be; he hasn’t called us in a while.

The Killers are in Florida to perform two shows: one in St. Augustine, Oct. 1, and the other at the Panama City Sandjam Music Festival Oct. 1-3. They’ll be touring Europe and Canada after that and won’t return to the United States until August 20, 2022.

Bad Bunny (trap) Residente(rap) Fiel a la Vega(rock). They sing in Spanish and hail from Puerto Rico (I may be biased here).

Bad Bunny — Benito Antonio Martínez Ocasio on his driver license — is on tour now, and to see him you’ll have to continent-hop, just as this extremely hot rapper is doing. Bunny’s not back in the U.S. until February, and doesn’t move past the Mississippi until March. On April 1-3, Miami is the closest venue.

ResidenteRight now, the band is only in South America to perform. But Fiel a la Vega is celebrating 25 years as a band — no dates booked yet —and we hope they’ll be in a mood to party in Florida.

Frankie Valli continues to sing with a band of harmonizers from the British Invasion, delivering hits from the 1960s (“Walk Like a Man”) and the 1970s (“Big Girls Don’t Cry”) until the mid-1970s.“Who Loves You” “December 1963  — Oh, What a Night”They will be in Clearwater at Ruth Eckard Hall from March 18-19. We would be thrilled to drive them down to see them.

Truckin’ to the Dead

Dead & CompanyWhile it would be great to have them perform at concerts with 40,000+, that is far from reality.

They’ll be coming to Palm Beach and Tampa on Oct. 6, and Tampa on Oct. 7, respectively. So what’s stopping them from taking a break in Collier County. Income, we suppose, will allow them to continue the Grateful Dead tours from the 1980s and 1990s. The 41,649-seat Wrigley Stadium sold out in September. There’s also a second show online.

Don’t forget to turn on the light. This epic guitarist had to cancel two European tours and is now rescheduled for April 2022 and May 2022. He’s not only a breathtaking virtuoso, he plans to be a live one, so Satriani has been careful about scheduling indoor concerts. Joe, perhaps one outdoor?

The country star who’s known for thoughtful lyrics paired with boot-scooting tempos, (“The Great Divide,”  “Refrigerator Door”) is playing Orlando, Jacksonville and Fort Lauderdale Nov. 28-30, so he will be in the neighborhood. We believe he should also stop by this location.

They’re childlike. They operate a musical circus with different performers at different times. One radio station may host a dozen or more people. Their music can range from smooth, surfy tunes to haunting folk songs.

The band has a family-like feel to it. They’re very creative and not afraid to do something that seems ridiculous to others. Their music has a bit of theatrics, and sometimes even an opera-like feel. They have cellists and musicians who can play unusual instruments like the tenor banjo. It works. I didn’t like it when Metallica did it 30 years ago, but it works for Edward, etc.

They are talented enough to start four or five different bands. They are great together and put on an amazing live show.

I haven’t seen them in person but have watched lots of YouTube shows. They don’t come to our area as far as I know.

If you haven’t heard of Edward Sharpe and the Magnetic Zeros, you’ve still heard them. Their best known tune, “Home” has appeared in commercials for institutions as diverse as the  NFL and Microsoft. But right now, alas, there are no tour dates on the horizon for them.

It is hard to find people who love performing more than the Avett Brothers. That may be why they’re booked everywhere from the Willie Nelson & Family Show to two dates at Wolf Trap.Infectious original music such as “Ain’t No Man,” a self-deprecating sense of humor and a passel of talent will keep them on the road. They could also make a move to Florida after their tour in Mexico ends on January 31st. Cross your fingers.

Harriet Howard Heithaus is a reporter for Naples Daily News/naplesnews.com. She covers entertainment and arts. Contact her at 239-213-6091.

You can find beer, wine, soft drinks and packaged snacks at the bar. From Tuesday to Sunday, there is a food truck. Last Friday, Pharaoh’s Fusion was offering “Egyptian street food,” options like chicken or beef-lamb shawarma, brisket on pita, falafel, hummus and American staples like loaded fries and guac, as well as its own richer, chewier version of baklava in pie-shaped wedges. Some customers check the food truck schedule online and order ahead to have their dinners ready when they arrive for safe outdoor socializing.

On a recent Friday, even with pouring rain, kids waiting for for football practice on a nearby field tried their skill at table tennis. Workout partners relaxed at one of its picnic tables. Service is all under roof, as is its dining area.

The  food and entertainment schedule is available online at the website sportsforceparksnaples.com. Click on “Explore The Park”.

Where: 3940 City Gate Blvd. S., Naples. Once inside, follow the road past stadium and turn right onto the next drive.